Chyzowski was the first of 11 2004-born players drafted by the Winterhawks this summer, and he found out on a tarmac in British Columbia.

“I was on a plane going out to Philadelphia for a tournament and it was in the morning and we were watching (the online stream of the Bantam Draft) as we were boarding, just kind of watching the first round go by and the plane was taking off as the third round was kind of getting done,” Chyzowski said. 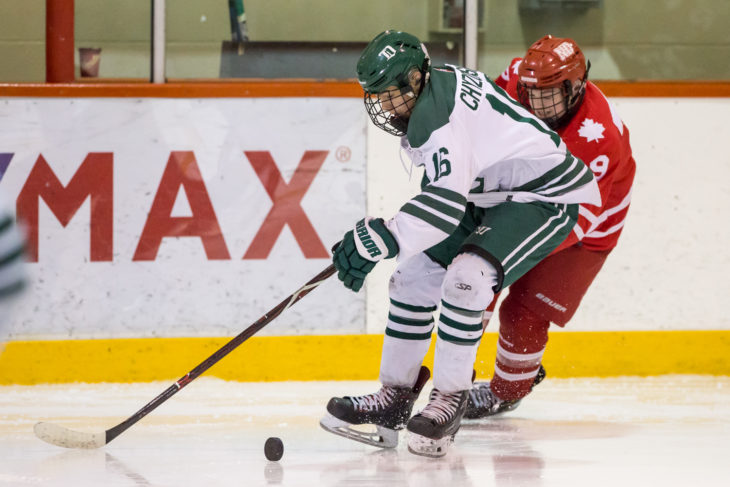 “As we were starting to take off, I see my name and luckily it was right after that I got a bunch of texts, but it was five hours of a plane ride that we had no internet or anything and I had no idea what happened. I just knew that I just got drafted and it was awesome.”

Little did Chyzowski know, his day was only beginning. Some of his teammates got drafted mid-flight and when the wheels touched down in the States, his phone would not stop buzzing.

“Right when I landed and I got my carrier back, I got about 20 or 30 texts from everybody,” the Surrey, B.C. native said. “My dad was back home and I phoned him as soon as I got off the plane. I was extremely happy. Portland is an awesome place. I have heard so many good things about it and my parents are excited too because it’s close to home and they can drive down for some road trips.”

While his team was driving to the hotel, Winterhawks Vice President, General Manager and Head Coach Mike Johnston even got a hold of Chyzowski to congratulate him on being the Winterhawks first selection.

But it was still a business trip. Chyzowski and his teammates were en route to compete at the World Selects Invitational that featured 40 teams across the world competing in his age bracket. In fact, a few Winterhawks prospects competed at the same event with Chyzowski.

He recorded three assists for his Pacific Selects team en route to a 3-1-0-1 tournament, which is a fitting result for the Canadian-born center.

“I’m a playmaking, pass guy and love to make plays and play both sides of the ice,” Chyzowski expressed. “I’m definitely more of a two-way guy and I think I see the ice pretty well.”

Before heading back home, his team had a day off to explore New York and watch the Yankees. It may seem like an ordinary thing for visitors to do in the Northeast, but for Chyzowski, being around the baseball diamond is something he is quite familiar with.

In fact, Chyzowski dedicated the majority of his 2017 summer to baseball, and he made it all the way to the Little League World Series. 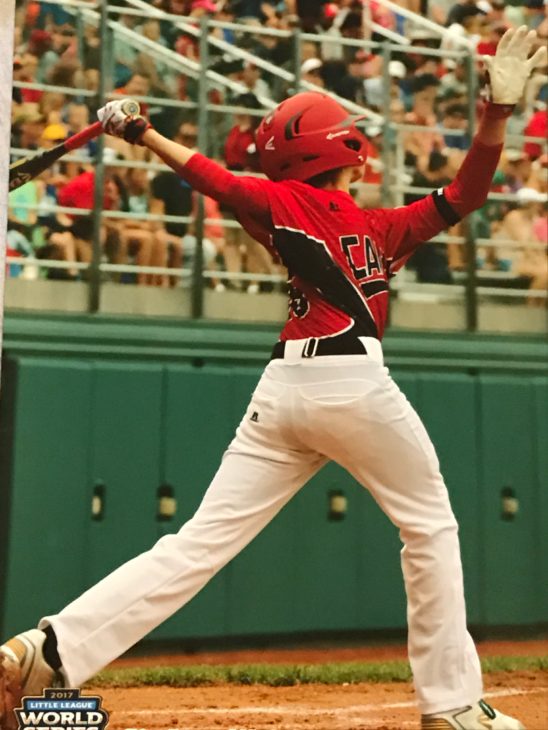 To this day it is the biggest sporting event he has been a part of, helping White Rock South Surrey make its fourth trip to Williamsport, Pennsylvania for the annual tournament.

“I kind of played baseball when my friends were in it so I joined,” Chyzowski said. “Hockey was the more serious thing, but I started playing baseball and we kind of got pretty serious and it just kept building.”

It built up to one of the most memorable summers of his life.

“It was a full summer that you had to take in. Two months to get there [the Little League World Series]… and then once you get there, it’s mind blowing. It’s like a professional stadium. You have media people and you’re getting new gear and everything. They treat you like you’re stars. It’s an awesome experience for anybody, especially at that age,” Chyzowski recalled of his 12-year-old summer.

This year, the 15-year-old Chyzowski decided to quit baseball and focus on making it to the WHL and eventually, the NHL. He took advantage of switching to one sport during the 2018-19 season and he captained Delta Hockey Academy Bantam Prep to a first place finish in the CSSHL.

Through 33 games, Chyzowski scored 17 goals and 29 assists for 46 points. He developed his defensive game, worked on his edgework and practiced his shot blocking. He played top line special team minutes all year long. Next year, he will play center for a newly created under-16 team at Delta Hockey Academy.

There will be more traveling this coming season and dozens of tournaments to attend, but he says his baseball summer of ’17 has prepared him for what’s to come in his hockey career.

“Well you know it definitely helped with being able to work under pressure with all the fans there and all that. Just walking around in the area, little kids would ask for autographs. That was crazy and I still can’t believe that to this day.”

Chyzowski will have to get used to signing autographs because it will not be too long before he is a household name in the Rose City.