Winterhawks centerman Jack O’Brien is a prospect to watch this weekend.  After posting 30 points in 55 games during his 16-year-old season, O’Brien is looking to hear his name called on Day 2 of the NHL Draft.  The Denver, Colo. product has tremendous offensive instincts with a knack for getting to the net and he’s an elite playmaker. Portland fans should be excited for the future of the Winterhawks with No.92 skating at the VMC.

The Portland Winterhawks will highlight their top prospects with draft profile videos ahead of the 2021 NHL Draft. 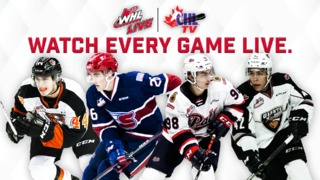