As the 2019-20 Western Hockey League’s regular season approaches, two teams will be previewed each day leading up to the start of the regular season, Friday, Sept. 20. Team capsules are presented in order of 2018-19 finish within their own division. Today, we take a look at the U.S. Division’s Portland Winterhawks.

2019 Playoffs: Lost in first round of playoffs

Forwards:  With WHL Player of the Year Joachim Blichfeld and Vegas Golden Knights prospect Cody Glass leaving the Portland Winterhawks’ roster this year, there will be a demand for offensive abilities to present themselves. To satisfy that need, the Winterhawks will be counting on New York Islanders prospect Reece Newkirk (23-36-59), Lane Gilliss (15-19-34) and Jake Gricius (27-34-61) to become the driving force behind Portland’s scoring power.

“Newkirk had a great year last year and then you’ve got the young kids in Jarvis, Fromm-Delorme, Hanus, Kozak – that whole ’02 group that I think is really strong,” Johnston said.

Supporting that drive will be the remaining ’02 and ’03-born players on the roster which includes 2019 NHL Draft prospect Seth Jarvis (16-23-39), Clay Hanus (8-19-27) and Robbie Fromm-Delorme (3-11-14) for the 2002-born forwards. Gabe Klassen, the 19th overall selection from the 2018 WHL Bantam Draft,  Jonah Bevington, Dawson Pasternak, Jack O’Brien and James Stefen will also support the effort in their first WHL campaign with the Winterhawks. 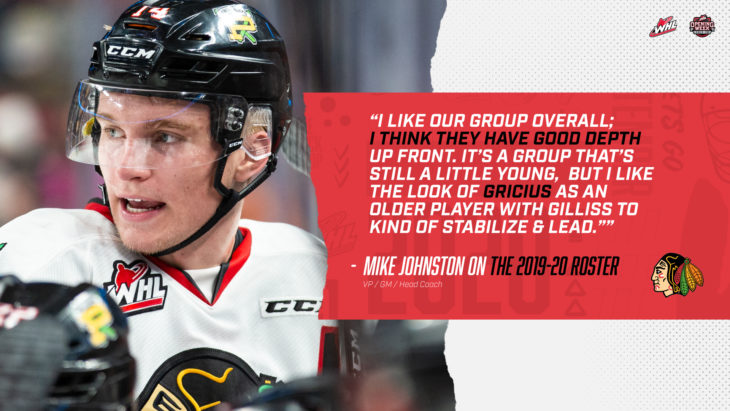 Defence: With Matthew Quigley as the only 1999-born defenceman listed, the 2001 and 2002-born defenders will need to add depth to the lineup and act as if they have had more than one or two years of experience on the blueline.

After signing Jonas Brondberg, the 100th overall selection in the Canadian Hockey League’s (CHL) 2019 Import Draft, the Winterhawks are excited to see his adjustment to the North American game this year and his potential leadership qualities for the younger defensive string.

“We drafted Brondberg from Denmark and he was the captain of their Under-18 team,” Johnston said. “He’s more of a defensive defenceman, good puck mover, really smart, good character and leader.”

Goal: When the Winterhawks acquired St. Louis Blues’ signed goaltender Joel Hofer from the Swift Current Broncos in January of 2019, they saw an immediate improvement in their results. With two more years of eligibility in the league, the Winterhawks anticipate Hofer to continue crafting his game after recording a 3.18 goals-against average, .911 save percentage, 9-8-0-1 record and two shutouts in his 18 games with Portland.

“For most goaltenders in the league, you expect more from them at 19 to 20-years-old and Hofer is turning 19 this year, he’s an NHL signed goaltender,” Johnston said. “He has size, he moves well in the net and again I think he has to get stronger and I know St. Louis has also focused on him working out and getting stronger and gaining some weight and he’s off to camp and he’s going to be great there.” 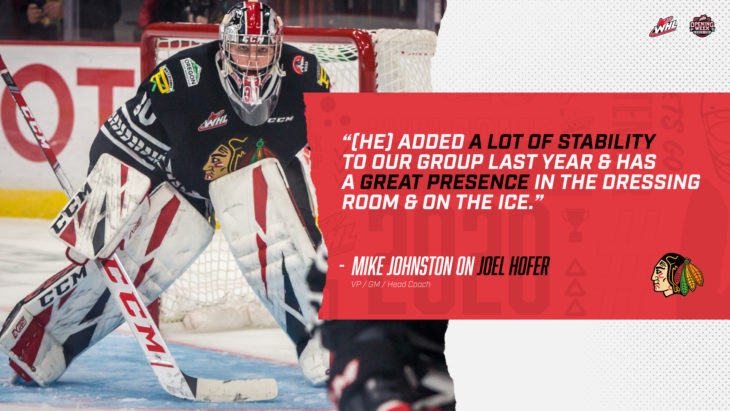 Although Hofer and Shane Farks split the 2018-19 season fairly evenly last year, Hofer will become the leading netminder this year due to an off-season trade. In May, the Victoria Royals acquired Farkas from the Winterhawks, leaving room for a younger netminder to step into the backup position behind Hofer.

While 2002-born Dante Giannuzzi played four games with the Winterhawks last season, 16-year-old Lochlan Gordon has also shown impressive stats in the pre-season, leaving both goaltenders to battle for the remaining position on the team.

Player to Watch: You can expect an explosion of motivation and subsequently talent from Newkirk this year and it will be fun to watch. After he was selected in the fifth round, 147th overall in the 2019 NHL Draft by the Islanders, Newkirk is more determined than ever to step up and be a leader for his team. With Blichfeld and Glass gone, there will be plenty of room for Newkirk to break through as an offensive star for the team.

“Well Newkirk is an energy guy and really drives the game up front and can be put in all situations,” Johnston said. “He had a great year last year. At 16, as most 16-year-olds do, he struggled a little bit, but then had a breakout year and has a lot of confidence right now.” 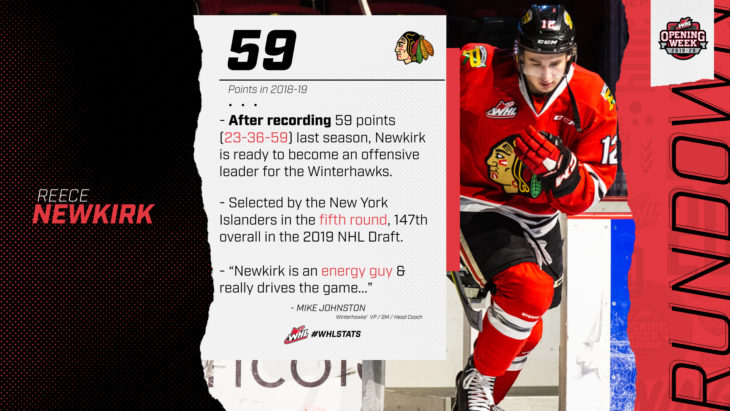 Prognosis:  On both the front and end the back end of their roster, the Winterhawks are young, there’s no denying it. But with their rebuild, comes the opportunity for young players to earn the chance to be put out on the power play or penalty kill and increase their exposure to situations that will improve their abilities.

With the majority of other U.S. Division teams also in the same situation with younger rosters, it could be anyone’s game to take. Given the aforementioned circumstances, the Winterhawks’ staff is well aware of the opportunity they have this season.

“Well it seems every year that it’s the same comment, the U.S. Division is going to be very strong and once again I don’t see any weak teams,” Johnston said. “Everett will be strong, and they had some key losses, but their defence and goaltending is really good. Spokane if they lose [Ty] Smith, it might be a different story, but they will have several returning players that can move the puck really well and an NHL-level goaltender in that mix. When you look at Tri-City, they had a good year last year with a big strong team and Seattle is improving with their youth and they’ve got a great group of young players starting to come into their lineup there. I really think everybody is going to have their hands full in our division and it’s going to be a tight race.” 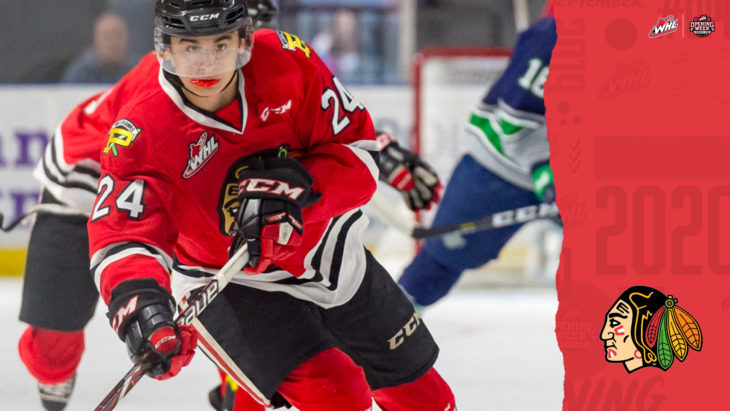