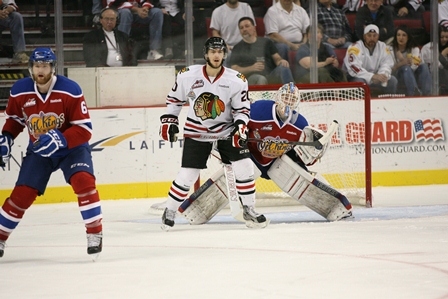 Portland Winterhawks forward Taylor Leier has signed an entry level contract with the Philadelphia Flyers. The Flyers selected Leier in the fourth round, 117th overall, in the 2012 NHL Entry Draft.

Leier set career-highs last season, his second in the league, with 27 goals and 35 assists for 62 points in 64 games, along with a +41 rating. He then added 16 points in 21 playoff games to help lead the Winterhawks to the WHL Championship.

“Taylor has become one of the premier two-way players in the league, and we’re excited for him as he signs with the Flyers,” said Winterhawks General Manager & Head Coach Mike Johnston. “After making significant improvement last season, we’re anticipating Taylor will have a big season with us as he enters his 19-year-old year.”

Leier, currently in Philadelphia for the Flyers’ rookie camp, was selected by the Winterhawks in the second round, 24th overall, of the 2009 WHL Bantam Draft.