It’s a threepeat. For the third year in a row Riley Boychuk has won the Paul Gaustad Fitness Award, given to the player who performs the best in the Winterhawks’ training camp fitness testing, which includes bench press, squat, vertical jump and shuttle run.

Since the award’s inception in 2009, Boychuk has won every year. Gaustad was on hand Thursday morning to present Boychuk with his award, along with the second place, third place and rookie winners.

Check out the photos below: 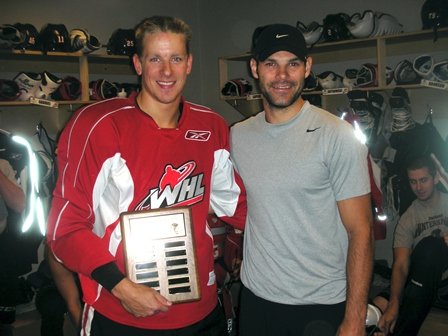 Paul Gaustad presents Riley Boychuk with the award. Boychuk completed his threepeat this year in his final season of WHL eligibility. Boychuk finished tied for first in the squat, second in the bench press, third in the vertical jump and ninth in the shuttle run. 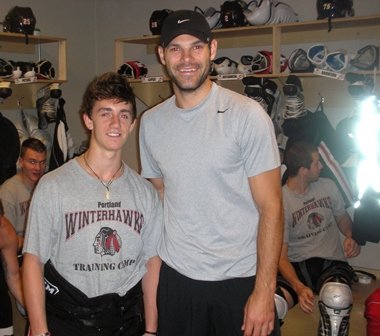 Nic Petan, who won the rookie award last year, came second overall as a 16-year-old this year. Petan came first in the shuttle run, fifth in the squat, seventh in the bench press and 13th in the vertical jump. 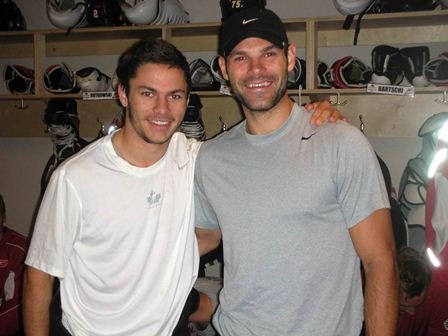 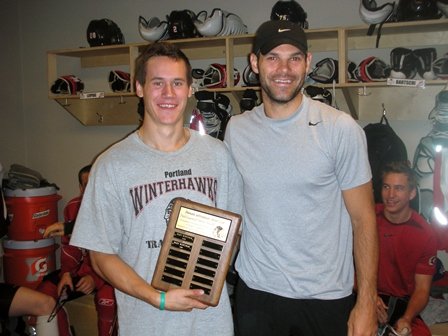 Joey Baker took home the rookie award this year, with a third place showing in the squat, sixth in bench press, ninth in vertical jump and 10th in shuttle run.