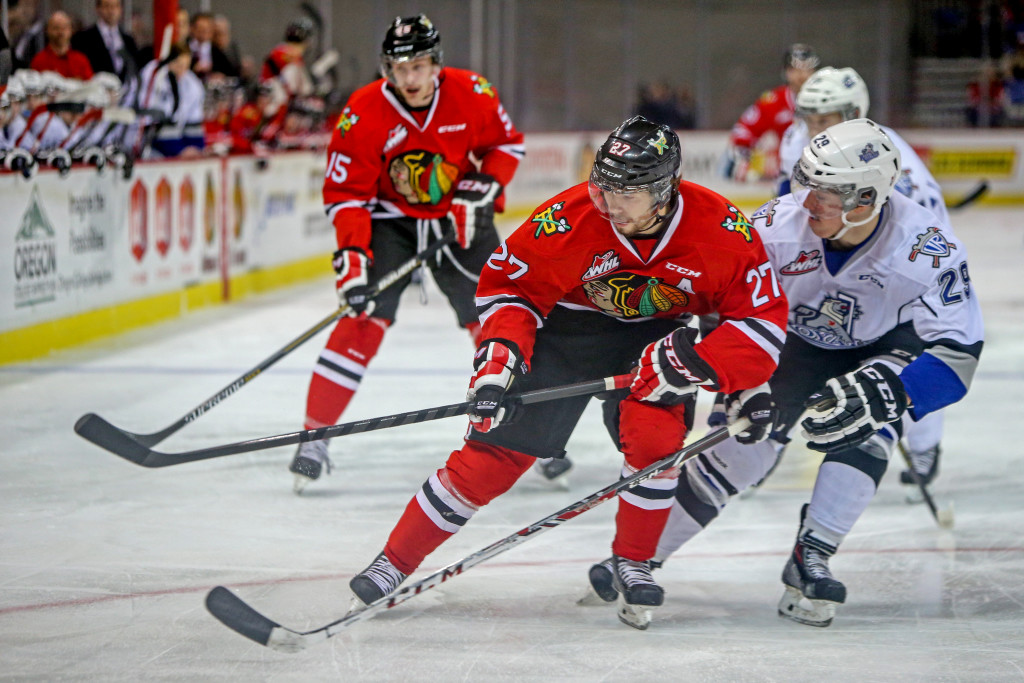 Bjorkstrand netted nine points (4g-5a), while posting a plus-four rating in three games over the past week, leading the Winterhawks to three straight victories in that span.

On Wednesday, January 28th, Bjorkstrand was held pointless as the ‘Hawks edged the Victoria Royals 4-3. On Friday, January 30th, Bjorkstrand scored the insurance marker and set up two more while claiming second star honours in a 6-2 win over the Kamloops Blazers. Bjorkstrand finished the week with a career high six-point night (3g-3a), including the game-winner, and was named the game’s first star in a 6-3 triumph over the Everett Silvertips on Saturday.

A 19-year-old Herning, Denmark native, Bjorkstrand has notched 70 points (35g-35a) along with a plus-34 rating in 40 games this season. He is tied for third place in league scoring and his 35 goals are fourth-best in the WHL. The 6’0”, 168 lb forward is in his third campaign in the WHL with the Winterhawks where he has amassed 242 points (116-126a) in 174 career regular season matches. Bjorkstrand was chosen by the Columbus Blue Jackets in the third round, 89th overall, of the 2013 NHL Draft.

The WHL has also nominated Coleman Vollrath of the Victoria Royals for the Vaughn CHL Goaltender of the Week award. Vollrath, a 1995-born netminder from Calgary, AB, registered a 0.96 goals against average and a .962 save percentage, including one shutout, in two starts during the past week. On Friday, January 30th, Vollrath turned aside all 29 shots he faced while claiming second star honours as the Royals blanked the host Spokane Chiefs 3-0. On Saturday, January 31st, Vollrath made 22 saves in regulation and stopped all three shooters in the shootout in a 3-2 victory over the host Tri-City Americans. Now in his third campaign in the WHL with the Royals, Vollrath has posted a 45-32-4-4 record with five shutouts in 103 career regular season appearances.