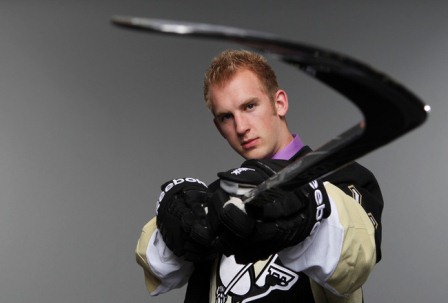 “We’re very excited for Joe today. I know Pittsburgh was impressed with him at their developmental camp last month and are looking forward to seeing him at training camp,” said Portland Winterhawks General Manager & Head Coach Mike Johnston. “His progress the last few seasons has been sensational, and we know he will continue to improve as he seeks to make it to the NHL.”

“Signing a professional contract is a dream come true, but I also know I still have a lot of work ahead of me,” said Morrow. “I’m committed to doing everything I can to become a better player so I can one day make it to the NHL with the Penguins.”

Morrow led all Portland defensemen with nine goals and 40 assists for 49 points, the most by a Winterhawks blueliner since 2002-03. He also led the team’s defensemen in playoff scoring with six goals and 14 assists for 20 points in 21 games.