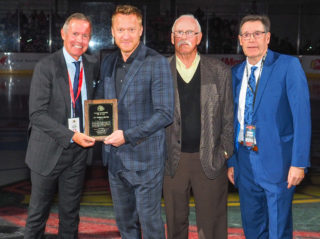 Hossa has gone on to play more than 1,200 games in the NHL, scoring 500 goals and winning three Stanley Cups, all with the Chicago Blackhawks. 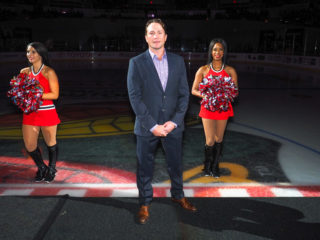 Brenden Morrow registered three straight years of over 30 goals and 80 points for the Winterhawks between 1995-1999. Morrow is the only Winterhawk in franchise history with more than 275 career points and 600 career penalty minutes. Morrow was also a consummate leader on and off the ice, and was eventually named captain of the Winterhawks in 1998.

Morrow would go on to play 991 regular season NHL games and 118 Stanley Cup playoff games. He also won a Gold Medal with Team Canada in the 2010 Olympic Games. 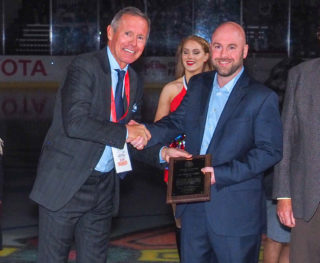 Todd Robinson is the leading scorer in Winterhawks franchise history – and 11th leading scorer in Western Hockey League history with 470 career points. He is also 4th in league history with 325 assists. Robinson spent five seasons with the Winterhawks from 1994-1999 and twice had 100-point seasons. In 1995, he was named the WHL Rookie of the Year recording 78 points in 67 games. He led all Winterhawks in playoff scoring with 27 points in 16 games during Portland’s 1998 WHL Championship run.

Robinson would go on to have an incredible 15-year pro career, officially retiring in 2014. 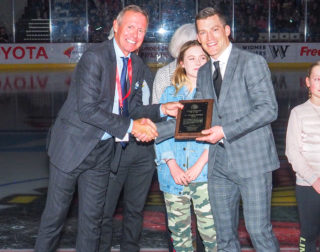 Andrew Ference was the backbone of the Winterhawks blueline for over 258 WHL games from 1994-1999, including every single game in Portland’s 1997-98 Memorial Cup winning season. Ference registered 184 points and 43 goals in his Winterhawks career, ranking him 6th in defensive scoring in franchise history. In 1998, he was named a WHL Western Conference First Team All-Star.

Ference went on to have a 16-year NHL career, featuring 907 games with Pittsburgh, Calgary, Boston and Edmonton. In 2011, Ference played 25 playoff games for the Bruins and win the Stanley Cup. 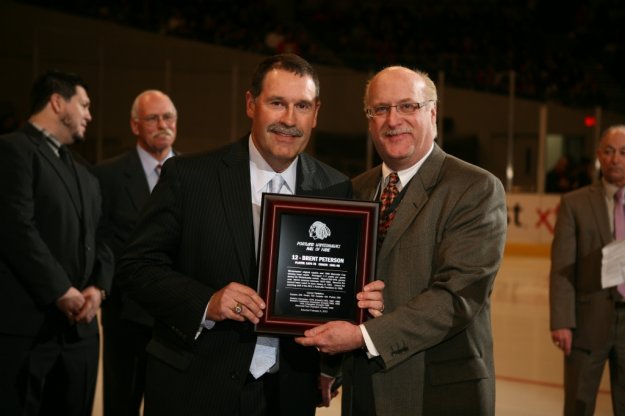 On February 3, 2012, the Winterhawks inducted former player and coach Brent Peterson to the team’s Hall of Fame. Peterson moved to Portland with the team in 1976, and was the first captain of the Winterhawks.

He went on to a 12-year playing career in the NHL, then spent two seasons as an assistant coach for the Hartford Whalers before returning to Portland and spending two seasons as an assistant coach. Peterson took over as head coach prior to the 1993-94 season, winning 49 games that season. In five seasons behind the bench Peterson amassed a record of 198-137-20. He led the Hawks to the playoffs in all five seasons, collected 45 or more wins in three seasons, and in 1997-98 guided the franchise to its second Memorial Cup.

Peterson then left the Winterhawks to join the expansion Nashville Predators as an assistant coach, and was promoted to associate coach in 2003. Peterson remained behind the bench through the end of the 2010-11 season, and is now an advisor in their hockey operations department. 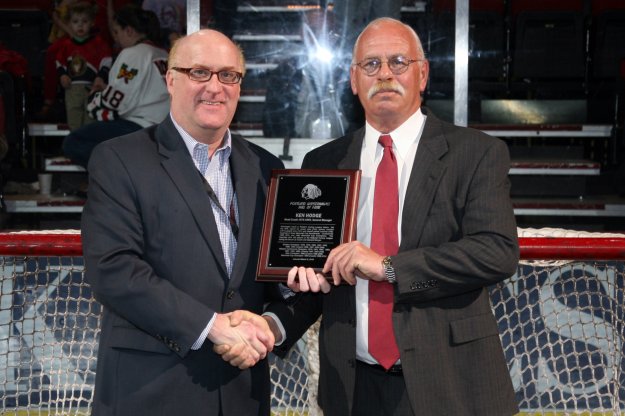 Hodge was the franchise’s first coach in Portland when the team moved in 1976, and beginning with the 1978-79 season they finished first three straight years. The 1981-82 season saw the Hawks finish first again, as they won the WHL championship to make it to the Memorial Cup. In 1983 they made it to the WHL Championship series, and hosting the Memorial Cup, they became the first U.S.-based team to win the championship.

Hodge remained behind the bench through the 1992-93 season, coaching a total of 1411 games, including 742 wins, both all-time WHL marks. His 101 postseason wins is also a WHL record. He became general manager in 1992 and kept the Winterhawks atop the WHL, building the team that won the 1998 Memorial Cup. During his time as coach and then general manager, Portland made the playoffs 26 times, missing the postseason just six times. Under his guidance the Hawks won two Memorial Cups and two WHL championships.

In addition, under Hodge the Winterhawks sent nearly 100 players to the NHL. Hodge has also been part a part owner of the team, and remains involved as an adviser. 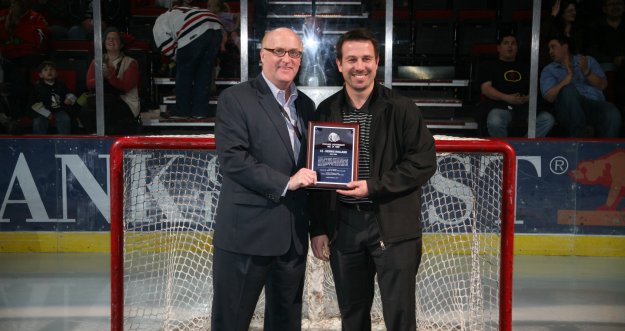 Holland made his Winterhawks debut as a 16-year-old during the 1985-86 season, with three goals and two assists in just one game. It set the stage for the next three years, when he would become one of the league’s most feared snipers with 36, 58 and 82 goals, respectively. He is the Winterhawks’ all-time leading goal scorer with 179, ranks third all-time in team history with 250 assists, and is second in franchise history with 429 points.

His 82 goals and 167 points in the 1988-89 season are both single-season franchise records (the goals mark is shared with Randy Heath). On November 23, 1988 against the Kamloops Blazers he set a franchise record, and tied a league record, with seven goals. He added an assist for eight total points that night, tying a team record, a mark he’d equal later that season on February 8, 1989 against the Spokane Chiefs.

That season he led the Winterhawks to the WHL championship series against the Swift Current Broncos. In 19 playoff games, Holland registered 15 goals and 22 assists for 37 points.

Mackie, the recipient of the inaugural Brian C. Shaw Award for Meritorious Service to the Organization, came to Portland with Shaw and Hodge as the team’s trainer, a position he held for over 30 years. He was responsible for the physical well-being of every player who put on a Winterhawks uniform in the prevention, treatment and rehabilitation of injuries.

He was also a well-regarded judge of hockey talent, and was known as “Eagle Eye Innes” for his ability to spot illegal sticks being used by opposing players, which would result in power plays for Portland.