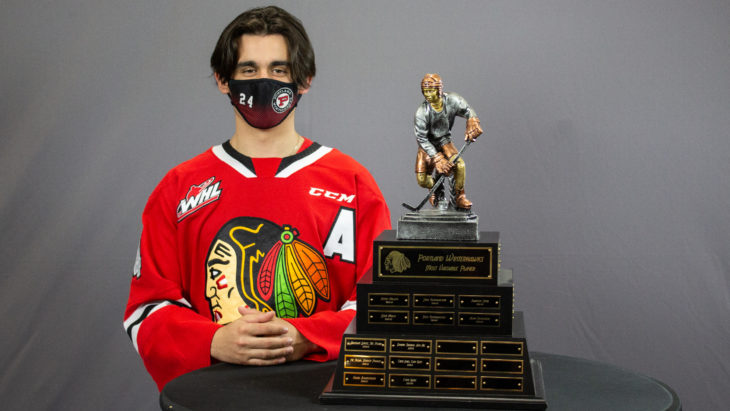 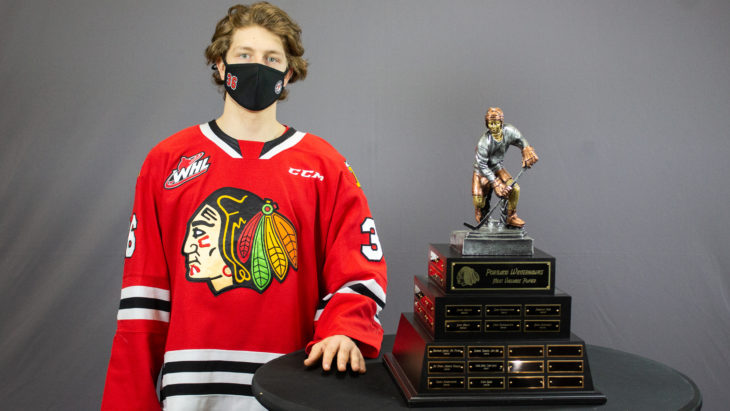 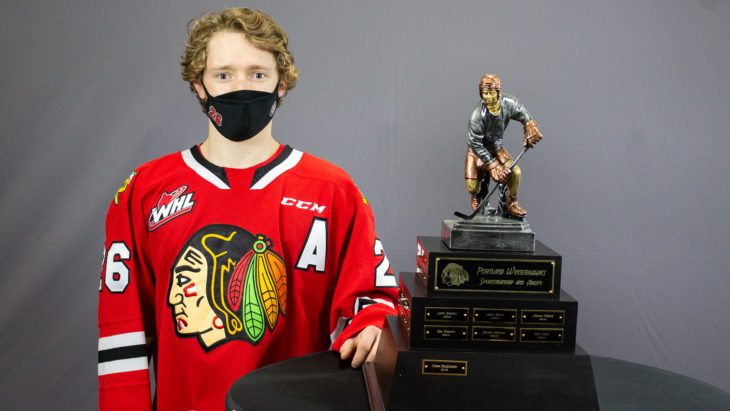 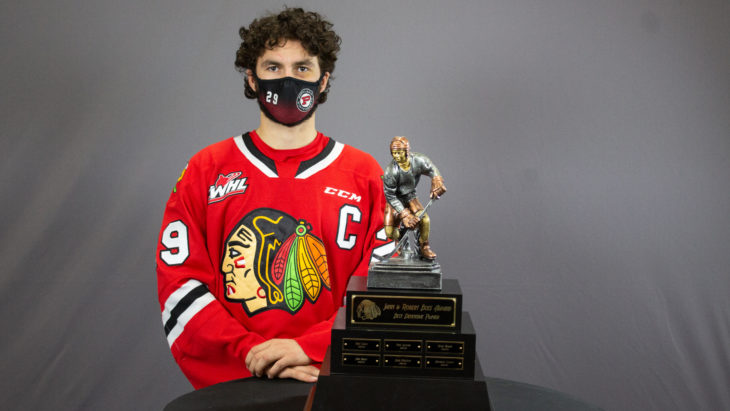 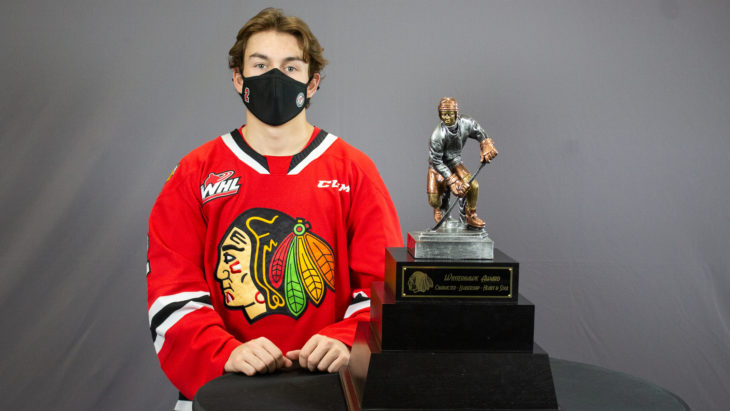 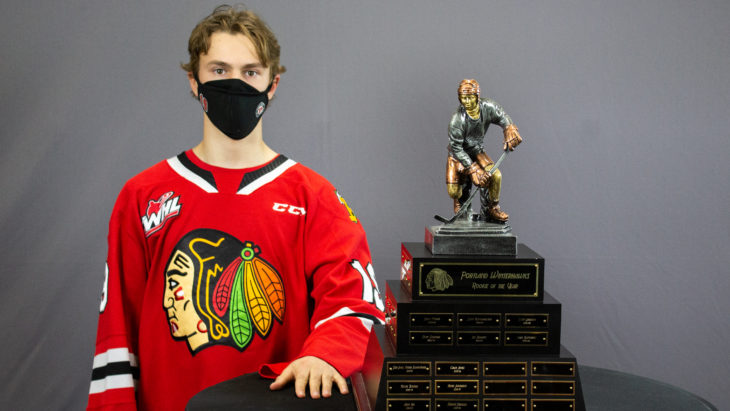 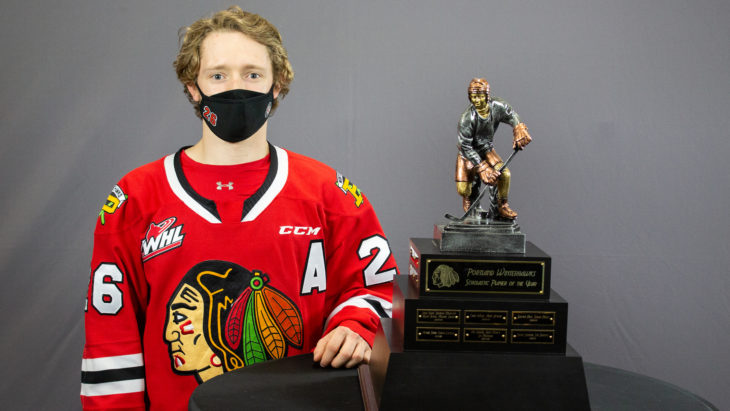 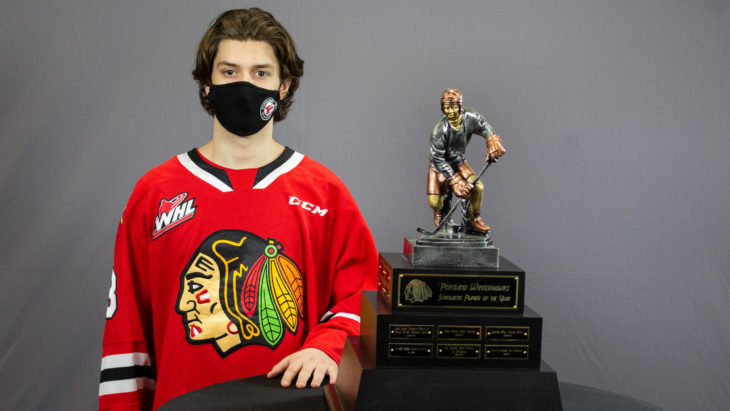 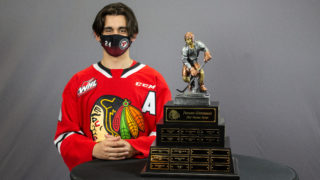 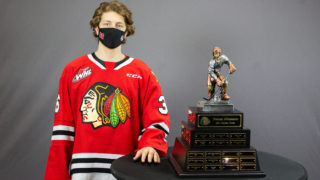 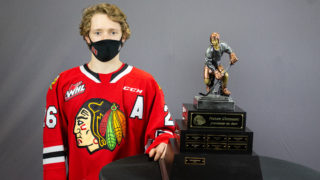 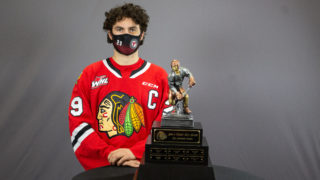 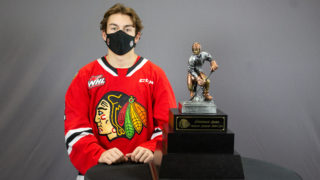 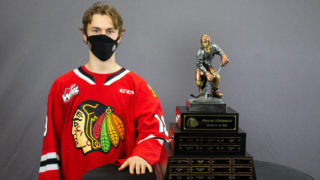 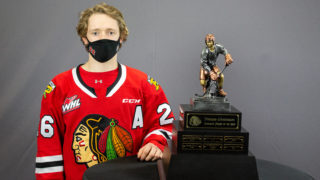 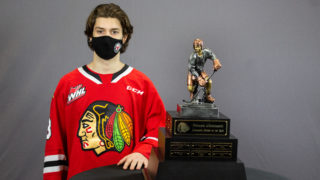 All awards were voted upon by the team with the exception of the leading scorer, the Winterhawk Award and the Booster Club Fan Favorite Award.

The vote was split down the middle amongst the locker room and how could you blame them? Both the 2020 first round selection of the Carolina Hurricanes and 2021 NHL Draft hopeful winger had amazing campaigns, contributing on the ice and hope to many for their futures.  Knak (16) and Jarvis (15) finished first and second respectively in team goal scoring this season.

For Jarvis, this is his second straight season earning the honor.

The third-year Winterhawk posted 31 points during the abbreviated 24-game season.  He led the Winterhawks and was tied for second in the U.S. Division with 21 assists.  The Tampa Bay Lightning prospect was the hottest Hawk down the stretch, posting seven consecutive multi-point games to take the scoring award.

Rookie of the Year

What a tremendous first season in the Western Hockey League for the 16-year-old from Surrey, British Columbia. Selected by the Winterhawks in the third round of the 2019 WHL Bantam Draft, the left-handed forward sprung into action right away, leading all Winterhawks rookies with five goals in 20 games, scoring three times against the Hawks I-5 rival in Seattle.

Scholastic Player of the Year

Mason led the way among all college players in the classroom and Ryder Thompson excelled amongst the high school group. For Mason, it is his second time winning the award (’17-’18).

Jann & Robert Boss Award for Defensive Player of the Year

The captain played in all 24 games this season, providing exemplary play along the blue line. Despite playing 39 fewer games than last season, Cicek posted the best point production of his career, registering five goals and 16 assists for a total of 21 points.

For the second consecutive year Mason brings home the trophy, a fitting end to his 20-year-old season. He’ll become the first back-to-back winner of the award since Dominic Turgeon did so in 2013-14 & 2014-15.

The award is given by the coaching staff to the player with the most character, leadership and heart and soul goes to the 2001-born defender, who had an effective 24-game season. Had blocked shots been a tracked statistic in the WHL, Nolan undoubtedly would have been a team leader in that department. It was the first year in which the Rouleau, Saskatchewan native was an every night defender with the Winterhawks, representing the organization well in each contest.

A kind move by the Booster Club, acknowledging just how much perseverance went into making this season possible. From the early morning COVID tests to the abiding of new protocols, every player had to have their best foot forward this season – and they did.

This year, the Winterhawks had the help of their terrific fans to announce the end-of-season awards.