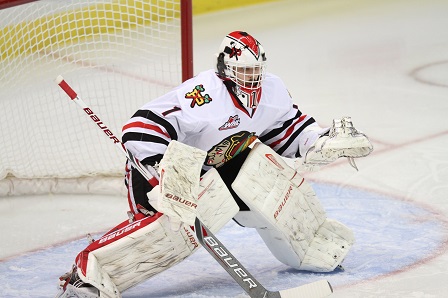 The players will audition for spots on the U.S. National Junior Team that will take part in the 2015 International Ice Hockey Federation World Junior Championship, Dec. 26, 2014-Jan. 5, 2015, in Toronto and Montreal, Canada.

“The evaluation camp is an important step as the players try to earn spots on the U.S. World Junior team,” said Portland Winterhawks General Manager & Head Coach Mike Johnston. “I’m confident all four players will have strong showings and make positive impressions at the camp.”

The United States has medaled in three of the last five IIHF World Junior Championships, including gold in 2013 and 2010 and bronze in 2011. The camp will be held at the Lake Placid Olympic Center. The U.S. players will practice and compete in international games against Sweden, Finland and the Czech Republic.

Premier Membership season tickets and 20-game plans for 2014-15 are on sale now. Contact the Winterhawks today at 503-236-HAWK or seats@winterhawks.com to guarantee the best seat locations.