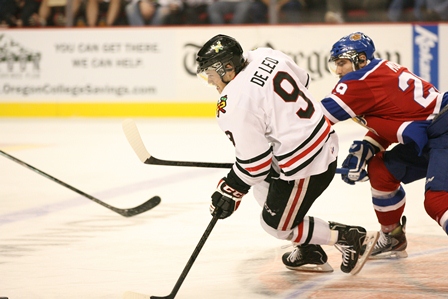 All four players set career-highs in scoring during the 2013-14 season. De Leo played all 72 games during the season and finished fourth on the team in scoring with 81 points (39 goals, 42 assists). He also led the team and finished third in the league with a +49 rating.

Save over $10 per ticket and get access to the best seats by bringing 8 or more people to a playoff game.  Call 236.HAWK or email seats@winterhawks.com to get your seats today.