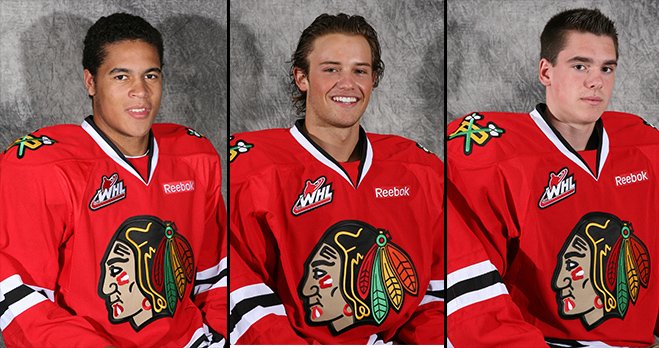 The game features 40 of the top American prospects eligible for the 2014 NHL Entry Draft, with De Leo, Iverson and Turgeon the lone WHL players to be invited.

“This will be a great experience for Chase, Keegan and Dominic to play in front of NHL scouts as they enter their draft season,” said Portland Winterhawks General Manager & Head Coach Mike Johnston. “To be the only three WHL players selected for the game is a tremendous honor and I know they’ll perform well.”

De Leo is entering his third season for the Winterhawks, and is coming off a breakout 2012-13 campaign in which he registered career-highs across the board with 18 goals and 38 assists 56 points and a +28 rating.

Iverson is entering his second season with the Hawks after a rookie season in which he recorded six goals and four assists for 10 points in 47 games.

Turgeon and Iverson both helped lead the U.S. to a silver medal at the 2013 Under-18 Ivan Hlinka Memorial Tournament, and won a bronze medal at the U-17 Hockey Challenge in January. In addition, both Turgeon and De Leo have been named to the 2013-14 NHL Central Scouting Futures List, a preliminary watch list for the 2014 NHL Draft.