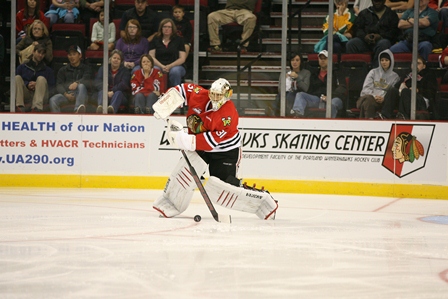 It was Portland’s ninth straight win, giving them 65 points on the season, nine ahead of the idle Kamloops Blazers for top spot in the league and 16 points ahead of the Spokane Chiefs in the U.S. Division.

The victory was also the 105th career win for Winterhawks netminder Mac Carruth, tying the franchise record held by Darrell May Sr. that has stood since 1982. It was also Carruth’s third shutout of the season, and seventh of his career, as he turned away all 31 Seattle shots.

Paul Bittner scored the lone goal of the first period at the 12:41 mark to give the Winterhawks a 1-0 lead after 20 minutes.

The Hawks extended the lead to 2-0 when Brendan Leipsic scored a shorthanded goal at the 9:32 mark of the second period. Portland then beat the second period buzzer when Oliver Bjorkstrand was sprung on a breakaway and beat Seattle netminder Brandon Glover with just 2.6 seconds left in the frame to make it 3-0 going into the third

Portland made it 4-0 at the 11:08 mark of the third while on a 5-on-3 power play when Leipsic found Nic Petan alone at the side of the Seattle net, where he banged in the feed for his team-leading 26th goal of the season. Taylor Peters then made it 5-0 when he scored on a breakaway at the 15:01 mark for his 11th of the season, which rounded out the scoring.

The Hawks will be back on the ice Saturday when they host the Everett Silvertips at 7 p.m. in the Rose Garden.