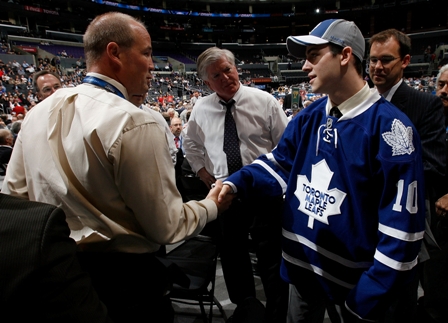 Ross set career-highs with 42 goals and 82 points this season. He finished third on the team in scoring, and tied for 17th overall in league scoring.

He’s played 270 games over five seasons, tying him for 11th in franchise history, while his 109 goals are 14th in team history and he ranks 15th all-time with 245 career points.

“Signing a pro contract is a big step for a young player, and we’re thrilled for Brad and his family,” said Winterhawks General Manager & Head Coach Mike Johnston. “Brad has been an integral part of the team’s success over his career. Like all young players trying to make it to the NHL, there will be challenges, but we’re confident Brad’s determination will serve him well as he tries to take the next step.”

The Winterhawks open the 2012 WHL Playoffs with a first round series against the Kelowna Rockets, with Game 1 Friday at 7 p.m. in Veterans Memorial Coliseum, and Game 2 Saturday at 7 p.m. in the Coliseum. Tickets to those games are on sale now at winterhawks.com, or in person at the Rose Quarter box office for the Winterhawks’ ticket office.