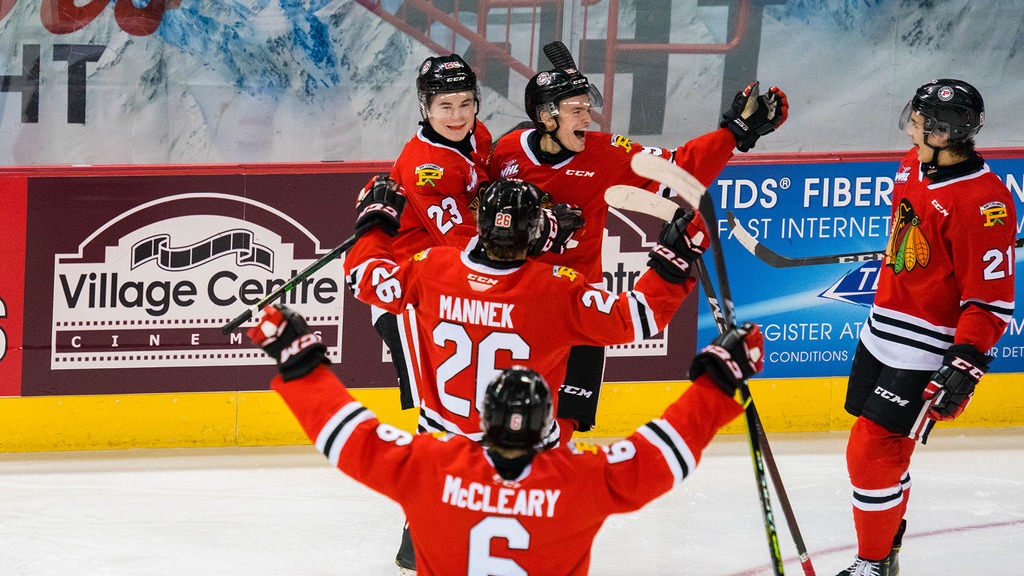 The Winterhawks led by three twice in the final 30 minutes of the contest Saturday and avoided near disaster to hang on to a 7-6 win.

Concluding a four-game road swing the Winterhawks met up for their second of three in a row against the Spokane Chiefs Saturday night.

For the third straight game Portland laid claim to the evening’s first goal, coming on a highlight reel connection between Jaydon Dureau and Seth Jarvis. You’ll have to see it for yourself, but it’s no wonder these two were selected by NHL teams in the 2020 draft.

Spokane evened the contest at one before the end of the frame before the scoring hit an uptick in the second.

Earning a secondary assist on the first Jarvis-Dureau connection, Nick Cicek setup the trio for another, a power play missle from #24 to make it a 2-1 game.

Then, Kyle Chyzowski beautifully displayed his hand-eye coordination by batting a puck out of mid-air to make it 3-1.

To conclude the flurry of scoring, Reece Newkirk took his defender one-on-one and whistled a wrist shot to the back of the net to give his club a comfortable three-goal lead.

The issue was that Portland may have gotten a little too comfortable with the advantage.

To start the third the hosting Chiefs struck three times in 3:15 and yet another Winterhawks opportunity to showcase that they could hold a lead was by the wayside.

Back even at 4-4 with 16 minutes to play, the visiting crew was able to slice Spokane’s momentum there, netting the next three in a row, starting with Kade Nolan’s second of the year. A shot through traffic gave the lead back to his side and a chance to redeem themselves.

Ten minutes later Jaydon Dureau provided insurance and Simon Knak hit an empty net to make it 7-4 with under a minute to go. All over but the shouting, right?

It got hairy again though, as Spokane would unbelievably strike twice in 35 seconds to make it 7-6. Fortunately for Portland their time on yet another comeback bid ran out and the Winterhawks skated off with the two points.

“We’d never traveled to Spokane on a game day before and I think we fought hard but today we just had more juice to give. I was proud of the team for the way we came out and for the way we ended things. I think we need to clean up a few things defensively and we need to help out our goalie a little more. Aside from that, the boys showed a lot of courage and we’re coming together.”

– Forwards Seth Jarvis and Jaydon Dureau paced all skaters with three points each in the contest.

– Defenseman Jonas Brondberg did not play after exiting Friday’s game with an injury.

– Brock Gould made 23 saves to improve to a perfect 3-0 with the team.