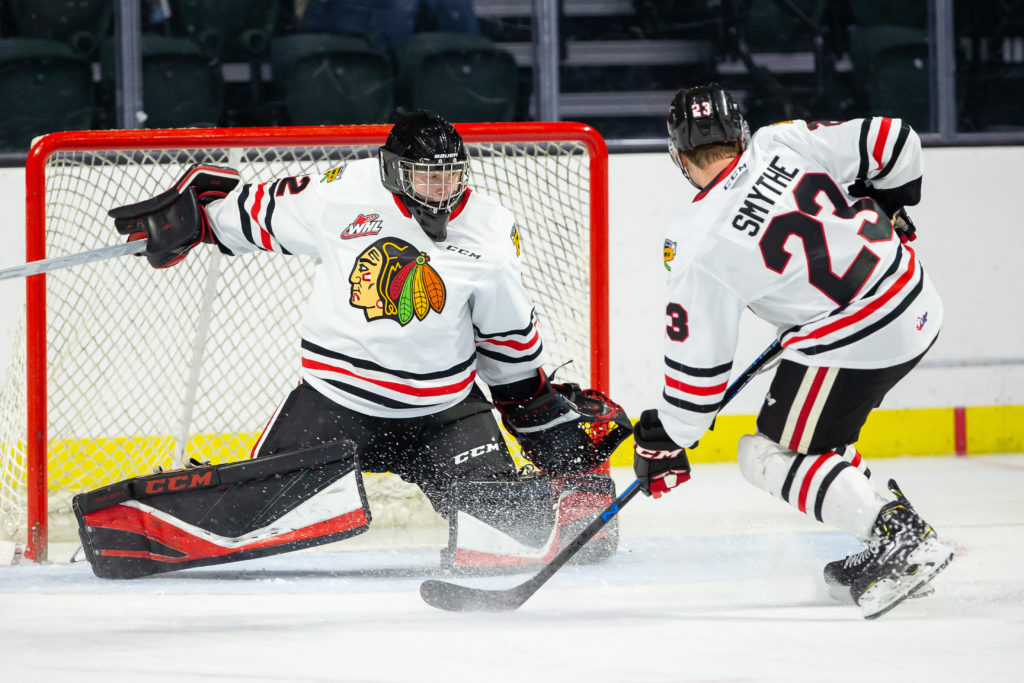 The Portland Winterhawks (2-2-0-1) beat the Spokane Chiefs 4-3 on Friday afternoon to earn their second win of the preseason.

The Hawks opened the game on an offensive tear, taking 10 of the first 11 shots and jumping out to a 1-0 lead thanks to an in-tight Cross Hanas goal. This trend would continue as Portland heavily out-shot the Chiefs 44 to 18 at the Toyota Center.

After Michael King scored twice in the second period to put Spokane ahead, Jaydon Dureau scored the unassisted equalizer to make it a 2-2 game after two periods. In the third period, Gabe Klassen scored his first as a Winterhawk and Tyson Kozak netted the eventual game-winning power play goal to give the Hawks their 19th goal in five preseason games.

The Hawks final preseason game takes place Saturday afternoon at 3:00 p.m. against rival Seattle Thunderbirds. Fans can listen to the broadcast live on the Winterhawks Radio Network and on the official mobile app.

Get your tickets for the Pacific Office Automation Home Opening Weekend on September 21 and September 22 at the Moda Center.