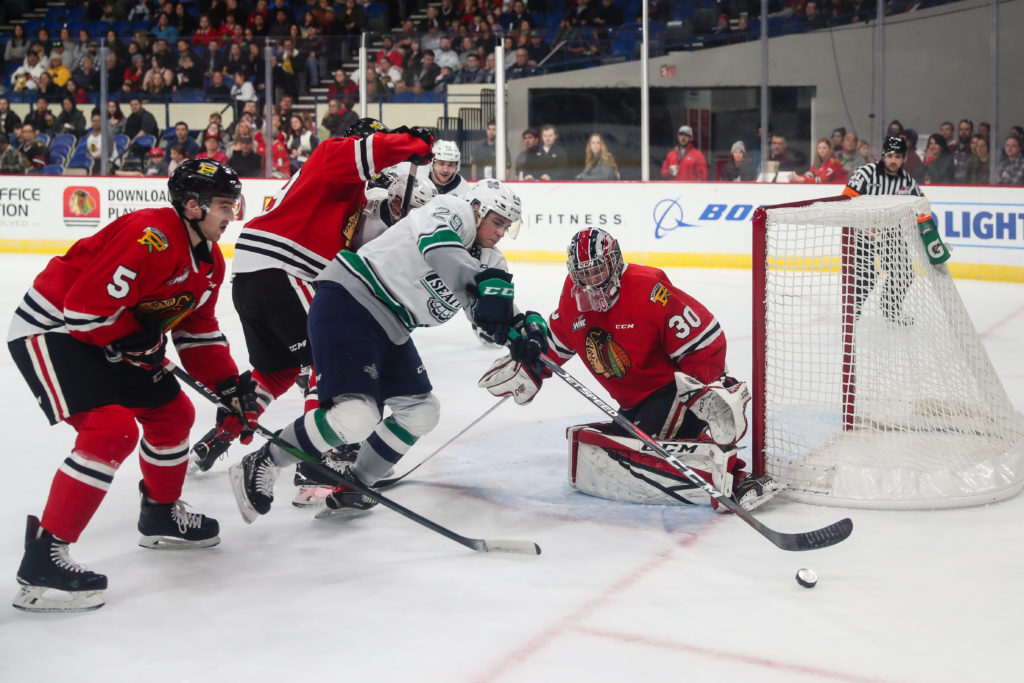 The Portland Winterhawks secured it’s first I-5 rivalry win of the season, beating the Seattle Thunderbirds 2-1 at home ice. The win extends the Winterhawks winning streak to five-in-a-row.

Before the game, the Portland Winterhawks honored longtime broadcaster Dean “Scooter” Vrooman for his 32 years with the organization. He was on the call for over 2,000 games with the Hawks, including two Memorial Cup Championships. November 2, 2019 is officially Dean “Scooter” Vrooman Day in the City of Portland and the Hawks help carry on his celebration throughout the night. 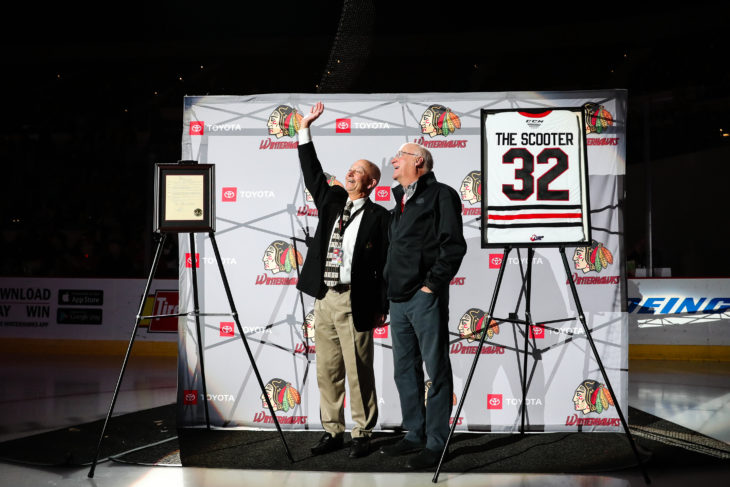 Seattle came to town with a purpose, firing 15 shots on net in the first period alone, but Joel Hofer answered each shot he faced in the opening frame. In the eighth minute of the game, Portland scored on a rush thanks to the captain netting his team-leading eighth goal of the year. The Winterhawks took that 1-0 lead with them into the first intermission.

The Hawks responded with a 19-shot effort in the second period, but rookie netminder Blake Lyda kept the T-Birds alive. In a period in which the Hawks could have easily scored three or four goals to stretch their lead, Reece Newkirk was the only one to beat Lyda in the middle period. Seattle cut into the Hawks 2-0 lead a few minutes later with a goal from Alex Morozoff, but Portland closed the door the rest of the way.

The Winterhawks out-shot Seattle 11-to-6 in the final period to help carry them to their second win of the weekend. Tonight was the first of 12 meetings between Portland and Seattle during the regular season.