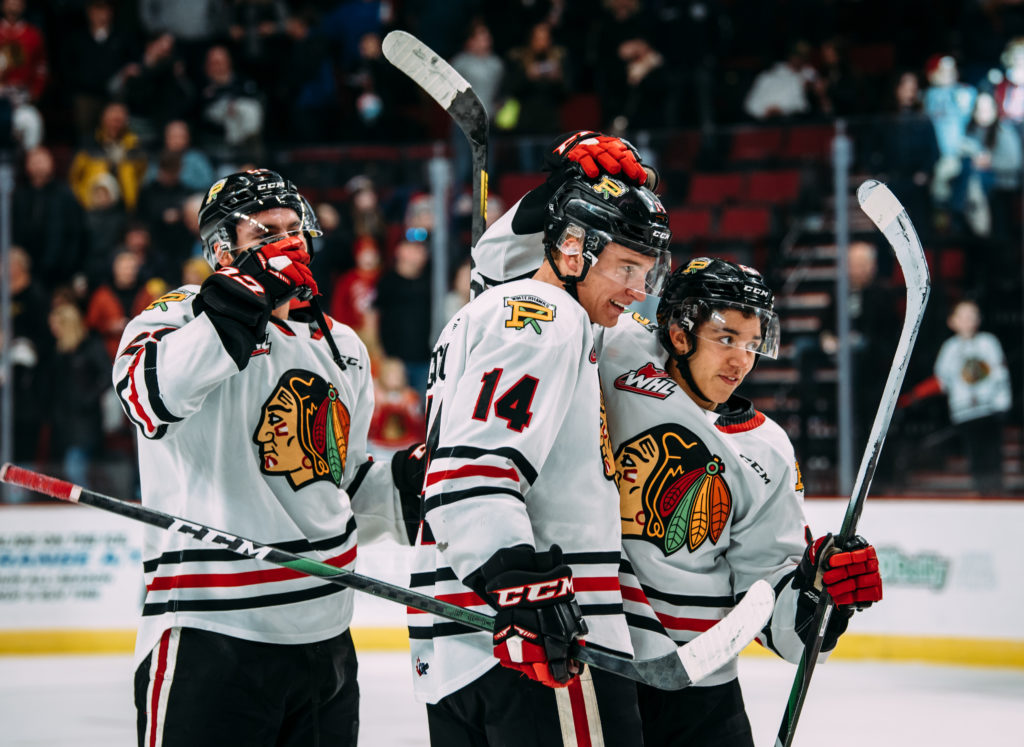 The Portland Winterhawks mustered three of a possible four points on the road in Victoria as they defeated the Royals 6-5 in overtime. The game featured five ties and six lead changes, but the Winterhawks got the all-important last goal of the night as Jaydon Dureau scored the game-winning goal 1:15 into overtime. The game-wining goal was his third of the night and it was his first career WHL hat trick and four point performance.

Victoria picked up where they left off on Friday night and took a 2-1 lead after 20 minutes of hockey. The Royals scored two minutes into the game on a power play to provide some first period life. Portland was able to get that goal back a few minutes later thanks to Jaydon Dureau netting his fifth goal in his last six games. Keanu Derungs broke the 1-1 tie just before the media timeout with a backdoor one-timer that beat Joel Hofer on his glove side. The teams combined for 35 total shots in the first period of play.

Portland found its scoring touch in the second period thanks to three separate forwards. Jaydon Dureau ricocheted in a rebound in the opening minutes of the period to tie the game at 2-2. A few minutes later, Jake Gricius drove in the Hawks third goal of the night to give Portland its first lead at 3-2, but they had a little trouble on special teams to close out the period. Victoria scored two consecutive power play goals in a four minute window to go up 4-3. Seventeen seconds later, Jack O’Brien drove to the net and swept in a centering feed from Dureau to make it 4-4 after 40 minutes.

The third period featured two goals, one for each side, and Seth Jarvis scored the tying goal on the power play from the left circle with under four minutes to go to force overtime. With three forwards on the ice in the bonus frame, Portland advanced the puck to the offensive zone to generate an odd-man rush. Reece Newkirk slipped it through the Royals defense for Dureau to bat in the game-winning goal on his backhand. His hat trick performance helped the Winterhawks win their 29th game of the season.