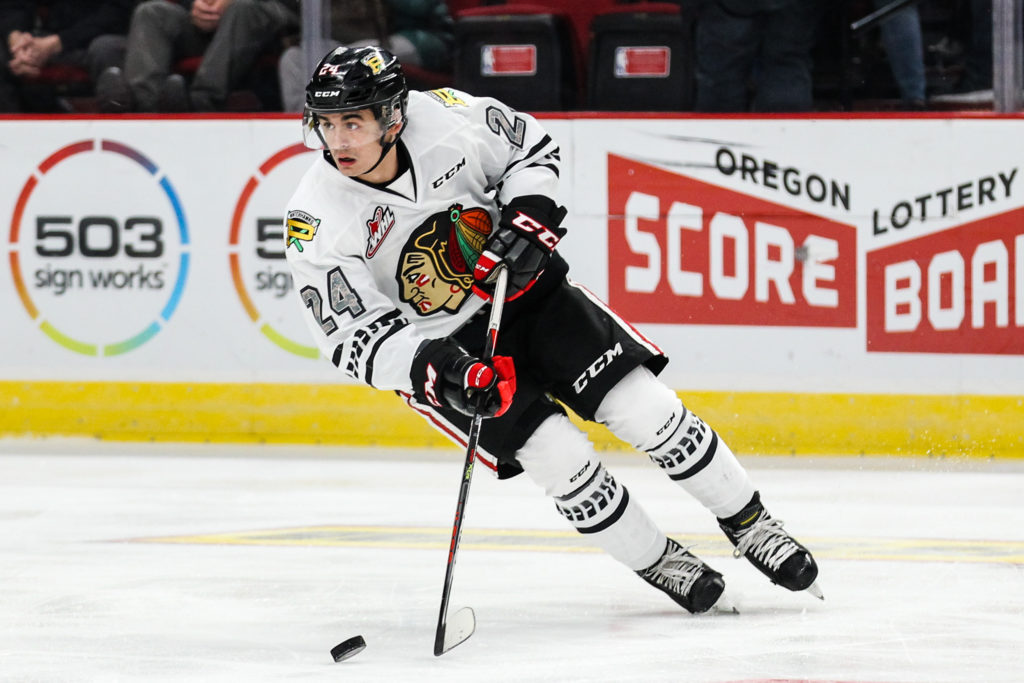 Five Portland Winterhawks have been named to NHL Central Scouting’s November ‘Players to Watch’ list for the 2020 NHL Draft. The Winterhawks are tied with the Prince Albert Raiders for the most players named on the list among the 22 Western Hockey League teams.

For the second consecutive rankings, Winterhawks forwards Cross Hanas, Seth Jarvis, and Simon Knak were all listed as ‘B’ rated prospects, which indicates they are second or third round candidates. Second-year forward Robbie Fromm-Delorme and first-year import defenseman Jonas Brøndberg were listed as ‘C’ rated prospects, which indicates a fourth, fifth or sixth round candidate.

In total, 52 WHL players were named on the November ‘Players to Watch’ list, including at least one representative from 21 of the 22 WHL member Clubs.