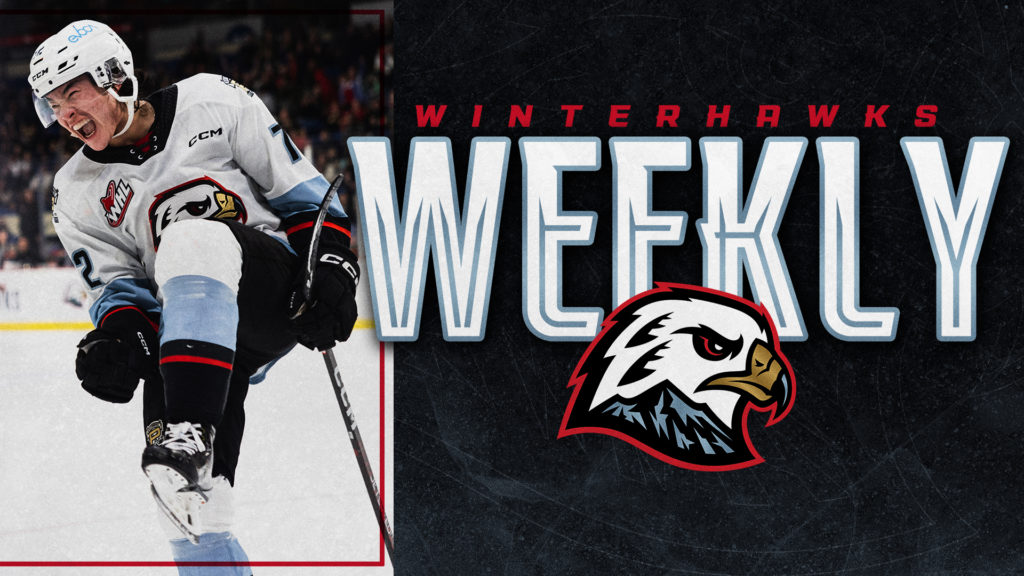 Last week, the Winterhawks came out with three momentum-building victories over Western Conference foes Calgary, Everett and Kamloops to push their win streak to eight in a row and their conference-leading record to 16-1-1-1.

The top-ranked Hawks now head on the road for a three-game set spread across Thanksgiving week.

With 11 goals last week, there are plenty of choices for the play of the week. But only one secured the team’s eighth straight win – Ryan McCleary’s overtime game-winner on Saturday secured his fourth goal of the young season and his second career OT tally. After Jack O’Brien bulldozed his way into the Kamloops zone, he fought off a check behind the net and found a wide-open McCleary at the left circle for a tidy finish 4:45 into the five-minute frame.

Check out the Pittsburgh Penguins prospect’s clutch moment below. ⤵️

Kyle Chyzowski scored twice to fuel a run of four unanswered Winterhawks goals in a 4-1 win over the Calgary Hitmen on Tuesday. Goaltender Dante Giannuzzi stopped a season-high 33 of 34 shots to pick up his fourth straight win.

A tense first-period tussle turned into a rampant 4-1 Winterhawks victory, thanks to three second-period tallies and 27 saves from Dante Giannuzzi.

Down but never out, the Winterhawks erased an early two-goal hole with three unanswered tallies to top the Kamloops Blazers 3-2 in overtime on Saturday. Ryan McCleary grabbed the game-winning goal in the extra frame and Jan Špunar stopped 32 of 34 to pick up the win.

With the win, Portland has won eight consecutive games and boasts points in 11 straight (9-0-1-1). Additionally, Winterhawks Head Coach Mike Johnston picked up the 1000th and 1001st points of his WHL coaching career in his 743rd game behind the bench.

We’re on the road this week to face off against a pair of division rivals before crossing the border to visit B.C. on Sunday.

First up, a Wednesday night tilt against the Everett Silvertips at Angel of the Winds Arena, then a trip down to Kent on Friday to for a Battle With Seattle! Both games start at 7:00 P.M.

Wrapping up the week, the Hawks head further north for a Sunday date with the Vancouver Giants at 2:00 P.M. at the Langley Events Centre.

Catch all the action on WHL Live and Evoca TV!