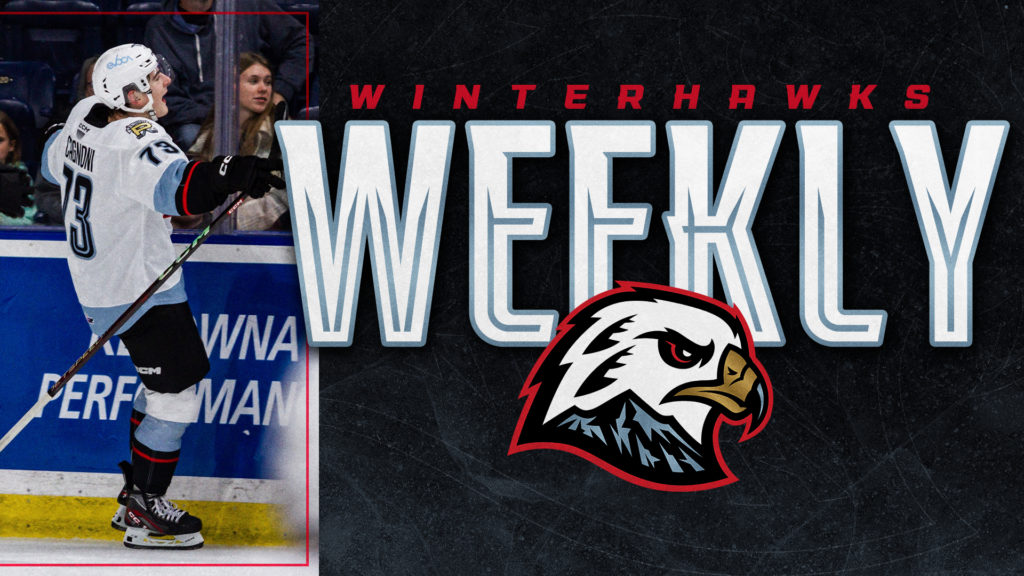 Hockey’s back and the Winterhawks have hit the ground running! Facing off with a pair of B.C. Division rivals, Portland picked up back-to-back wins to open the new year. They’ll look to build on that early success in this Saturday’s home opener.

With six goals to his name this weekend, it would be hard NOT to pick a Gabe Klassen tally for the Play of the Week. We’ll highlight his hat-trick tally against the Kelowna Rockets, kickstarted by a trademark Luca Cagnoni rush.

As Cagnoni is closed off along the left-wing boards, he finds a streaking Carter Sotheran wisely filling the center lane, who then deftly sells the shot before dishing to Klassen for a quick one-timer from the right circle. A fantastic team play capped off by the WHL’s leading scorer! ⤵️

Gabe Klassen scored twice and Dante Giannuzzi picked up a 24-save shutout as Portland opened its season with a bang, knocking off the Kamloops Blazers 3-0 on the road on Friday. Marcus Nguyen grabbed the other tally for the Winterhawks.

Gabe Klassen continued his torrid scoring pace with four goals as the Winterhawks erased a two-goal deficit in the third period to top the Kelowna Rockets 6-5 in overtime on Saturday.

Only one game for the Hawks this week but it’s a big one! The Pacific Office Automation Home Opener against the Tri-City Americans is set for this Saturday, Oct. 1, at 6:00 P.M. and we can’t wait to see you all there! The Winterhawks put their 2-0-0 record on the line against the Americans, who split a back-to-back set on the road against Prince George last weekend.

Prior to puck drop, join us on the Rose Quarter Commons for Fan Fest and celebrate the new season in style! Enjoy free admission and a number of free activities including lawn games, axe throwing, face painting, live entertainment from a 99.5 “The Wolf” DJ, performances by the Rosebuds Dance Team, giveaways and much more! Plus – help welcome the team at 3:00 with hi-fives and a walkthrough tunnel! Click here to learn more about Fan Fest.