Winterhawks Weekly: Hawks move to 3-0-0 after win in home opener 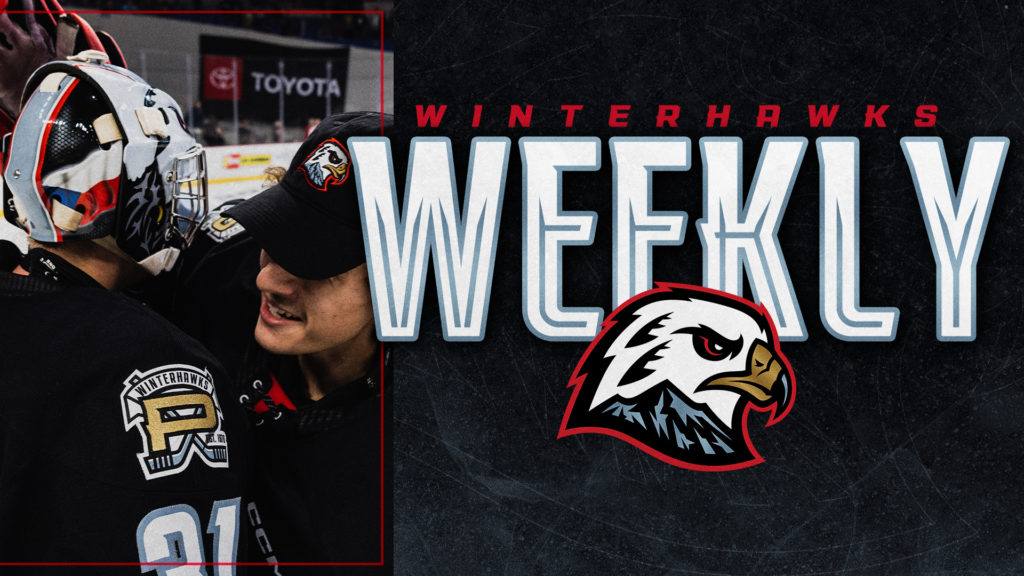 After opening the season on the road, the Winterhawks returned to the VMC for the Pacific Office Automation Home Opener and continued to roll, topping the Tri-City Americans 4-2 on Saturday night.

The team remains at home to welcome the Medicine Hat Tigers this Saturday before taking on the Chiefs in Spokane on Sunday.

The game-winner on Saturday was the perfect example of team play as four different skaters combined for a goal. Marek Alscher showed off his NHL-caliber hockey sense with a stretch pass to Jonah Bevington at the far blue line, who evaded a defender with a spinning pass to Robbie Fromm-Delorme, who drew in another defender at the left side of the net before dishing off to Luke Schelter for a tap-in. Well played, boys! ⤵️

Hockey returned to the Rose City with a flourish as four different skaters scored to lead the Winterhawks to a 4-2 win over the visiting Tri-City Americans on Saturday night. Portland’s Jan Špunar picked up 21 saves for his first WHL win in his first start.

The Hawks are back on home ice this Saturday, Oct. 8, for Oregon Zoo Night against the Medicine Hat Tigers!

Fans can learn more about the Oregon Zoo and its partnership with the Winterhawks on the VMC concourse at this Saturday’s game. The Oregon Zoo will also be featured heavily during the game’s interactive elements: Zoo staff members will participate in tricycle races and the sounding of the “Storm Warning” siren during intermissions, and special Winterhawks x Oregon Zoo stuffed animals will be sold in the team store and tossed into the crowd during the “Three Stars” presentation. Click here to learn more about the Winterhawks x Oregon Zoo partnership!

On Sunday, the Winterhawks hit the road again for a divisional showdown in Spokane. Puck drop against the Chiefs is set for 5:05 P.M. on Sunday evening, and you can follow along on WHL Live or Evoca TV!