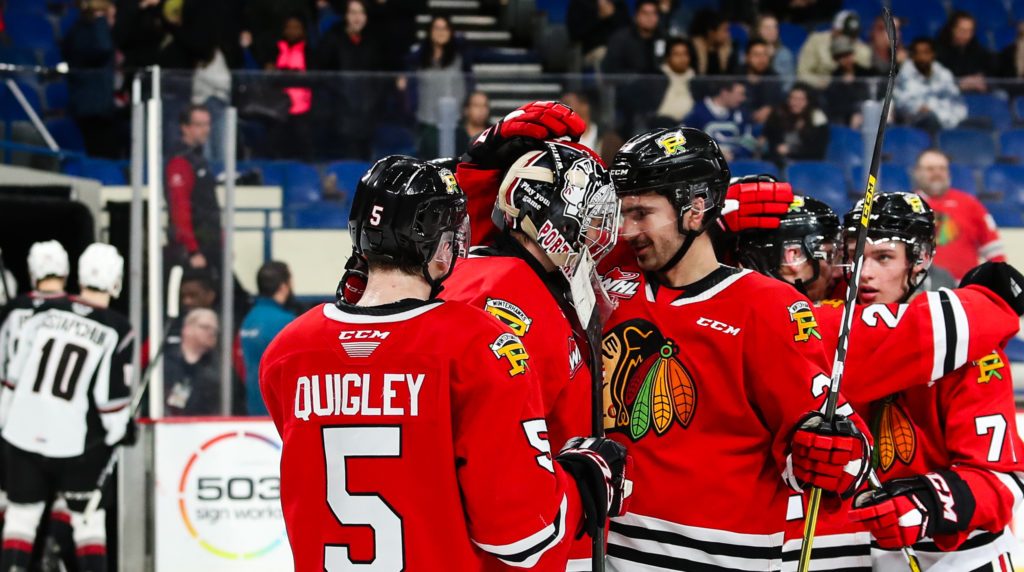 The Portland Winterhawks wrapped up their regular season series with the Vancouver Giants on a winning note, beating them 3-1 at Veterans Memorial Coliseum to improve to 13-5-1-2 overall. The Winterhawks maintain a league best 85-percent point percentage at home ice after earning their eighth home win of the season.

The Hawks scored twice on their first five shots of the game. Winning a lose puck scramble in the neutral zone, Kishaun Gervais cut in to the high slot and fired in his third goal in his last four games to give the Hawks an important 1-0 lead. Forty one seconds later, Jake Gricius tapped in his eighth goal of the season to put Portland up 2-0 after 20 minutes.

Vancouver did not shy away. Defenseman Bowen Byram ended his nine game goal scoring drought and cut the Hawks lead in half during the second period to make it 2-1. Portland played discipline all night long, never surrendering a power play chance.

In the final moments of the night, Gricius scored on the power play to give the Hawks a 3-1 victory. Joel Hofer strung together another strong night of work, stopping 27 shots to put him at first place in the WHL with a 1.91 goals-against-average and 13 wins.