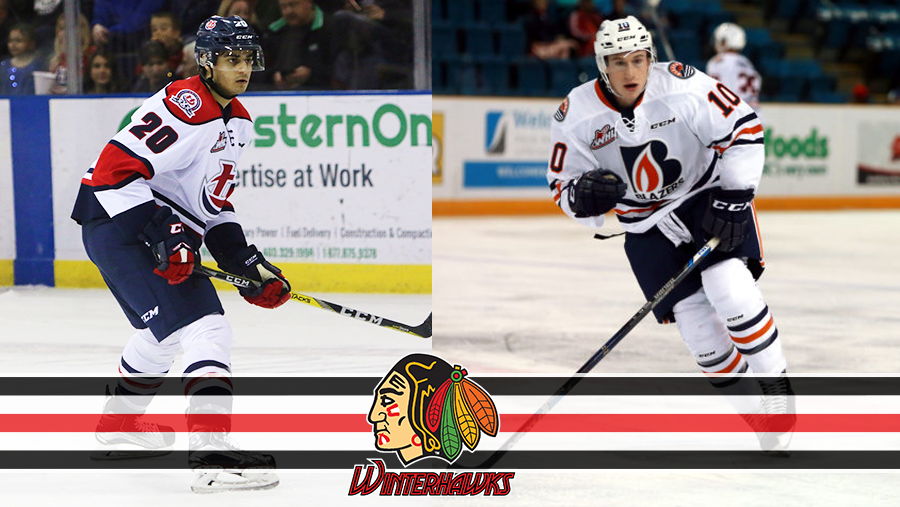 The Portland Winterhawks traded 17-year-old defenseman Jake Hobson to the Swift Current Broncos in exchange for a fifth round selection in the 2018 WHL Bantam Draft in their lone trade on WHL Trade Deadline day. Previously, the Hawks had acquired 20-year-old defenseman Shaun Dosanjh from the Lethbridge Hurricanes Monday afternoon. In addition to the two trades, the Hawks added 20-year-old forward Matt Revel off waivers from the Kamloops Blazers to solidify their roster for the second half.

The acquisition of Dosanjh and Revel, alongside team captain Keegan Iverson, brings the Hawks up to the limit of three overage players on their roster. Revel is currently on injured reserve, and his status and timeline on returning to play will be determined in the next month. Dosanjh, meanwhile, will join the Hawks immediately and is expected in the lineup this weekend.

“I like the way our team played in the first half,” said Head Coach, General Manager and Vice President Mike Johnston. “The addition of Dosanjh adds some veteran depth to our defense corps, but our focus has been and will be the development of our young group. Jake Hobson will get an opportunity in Swift Current, and we wish him well as he continues his career with the Broncos.”