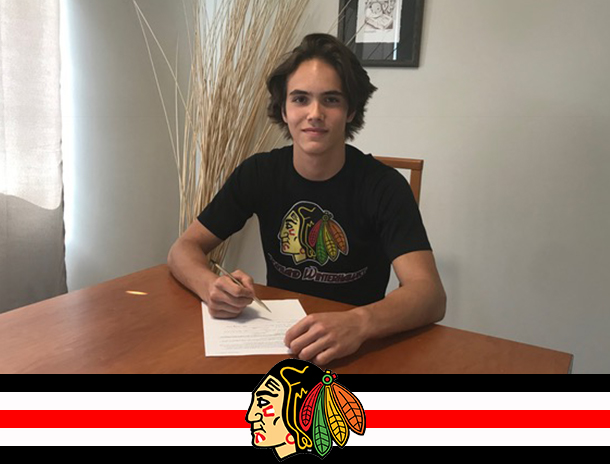 The Portland Winterhawks are pleased to announce the signing of prospect Robbie Fromm-Delorme. Fromm-Delorme is a 16-year-old forward from Richmond, British Columbia who was selected in the 7th round, 135th overall by the Winterhawks in the 2017 WHL Bantam Draft.

The 6’0” forward spent the 2017-18 season with The Governor’s Academy in the USHS-Prep league. In 27 games, Fromm-Delorme had seven goals and 10 assists. The 2002-born forward ranked second on the team in both goals and points.

“After training camp last year, Robbie was a player we identified as a priority signing,” said Portland Winterhawks Vice President, General Manager & Head Coach Mike Johnston.  “He made significant strides at Governor’s this season and proved he is ready to step into the Western Hockey League.”

The Winterhawks begin their 2018-19 home schedule on September 29th versus the Seattle Thunderbirds. Season tickets and packages are on sale now, visit winterhawks.com/tickets for full details on pricing and availability.