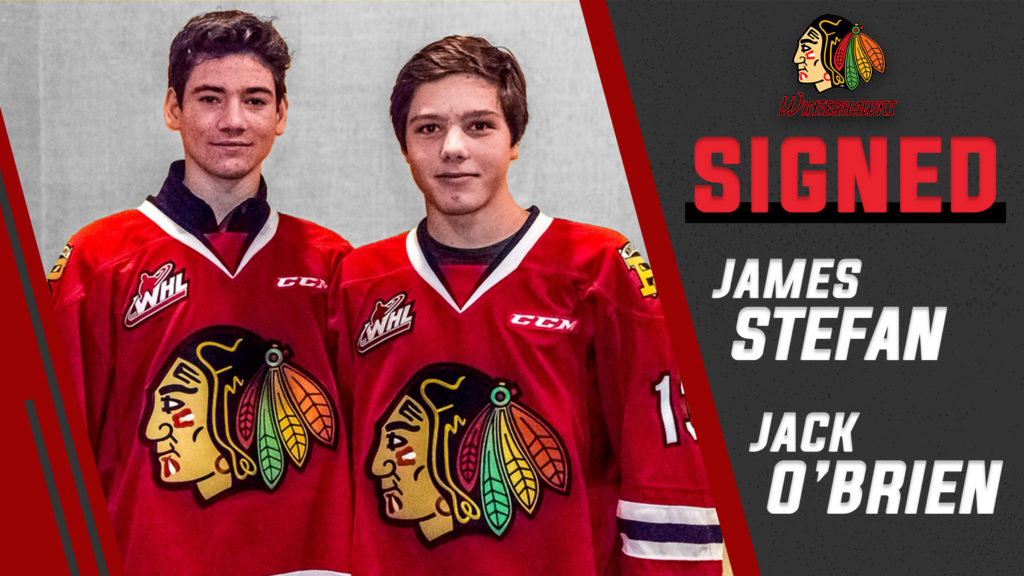 The Portland Winterhawks are proud to announce the signing of forward prospects Jack O’Brien and James Stefan. The 2003 birth year skaters are teammates this season playing for Little Caesars Under-15 Midget program.

“We are excited to have signed two premiere forwards from our training camp and the Tier I Elite League,” Head Coach, General Manager and Vice President Mike Johnston said. “Their team is currently the second ranked team in the country and they have consistently been two of the best players. These additions will blend nicely with our young corp.”

O’Brien, a Denver, Colorado native, is having a tremendous season with Little Caesars. Through 20 games, O’Brien has six goals and 20 points.

Prior to the fall season, O’Brien skated in an Under-15 USA camp and registered three points in four games.

“I feel really lucky to have this amazing opportunity with an organization like Portland as my next step in hockey,” O’Brien said. “Everyone I have met there has been amazing and I appreciate the Winterhawks believing in me. I can’t wait to get on the ice with the boys next season.”

Stefan leads his team with 15 goals and 28 points through the team’s first 25 games. The Laguna, California native helped Little Caesars win a National Championship in April.

“I’m super excited and honored for the opportunity to represent the Portland Winterhawks,” Stefan said. “Committing to an organization with such a great reputation and culture is a dream. I look forward to being a part of their continued success. Thank you to everyone at the organization for welcoming me.”

Both O’Brien and Stefan skated with the Hawks during the Neely Cup Tournament this past September.