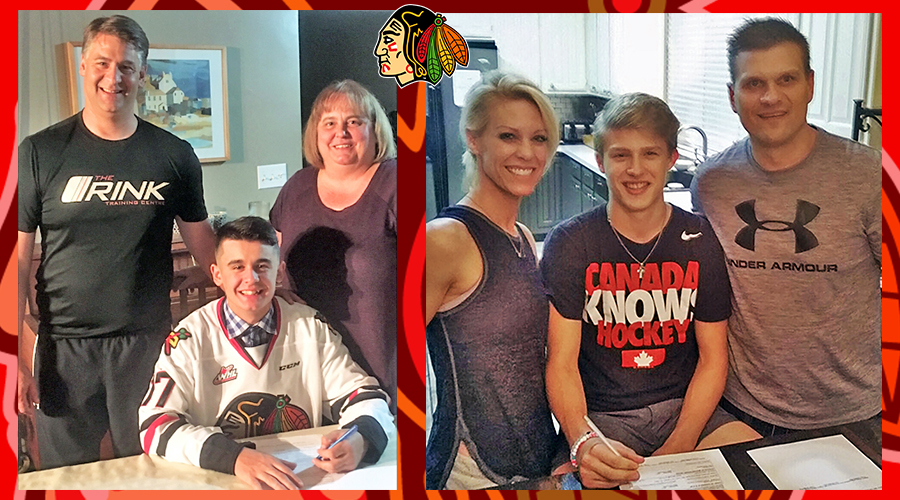 The Portland Winterhawks have announced the signing of prospects Seth Jarvis and Cross Hanas. Both players are the first draft picks the Winterhawks have signed from the 2017 WHL Bantam draft.

Jarvis, who is from Winnipeg, MB, was selected 11th overall in the first round of the 2017 WHL Bantam Draft by the Winterhawks. Last season, Jarvis played for the Rink Hockey Academy Bantam Prep team. In 54 games played, he had 76 goals and 44 assists for 118 points. Jarvis will play the upcoming season for the Rink Hockey Academy Midget Prep team.

Cross Hanas, who is from Highland Village, TX, was selected by Portland in the fourth round, 77th overall in the 2017 WHL Bantam Draft.  Last year, Hanas played for the Dallas Stars Elite U14 team. In 55 games, he had 35 goals and 45 assists for 80 points. Cross is the son of former WHL player Trevor Hanas, who played in over 300 Western Hockey League games and tallied 111 goals and 260 points.

“As an organization, we are excited to sign two highly regarded prospects,” said Portland Winterhawks Vice President, General Manager & Head Coach Mike Johnston. “Seth is a player who our scouts had rated at the top of the 2002 class. After seeing him at our training camp as coaches we believe he could be as good as any of the top forwards we have had in the last few years.”

“Cross made an immediate impression on everyone at the Neely Cup tournament. After leading the USA Hockey National 15 Festival in scoring this summer, he proved that he is a top player in that age group.  We are confident Cross will definitely be ready to play in our league at 16.”

The Winterhawks open the 2017-18 season on Saturday, September 23 on the road against the Everett Silvertips.

Winterhawks season tickets and packages are on sale now, visit winterhawks.com/tickets for full details on pricing and availability.