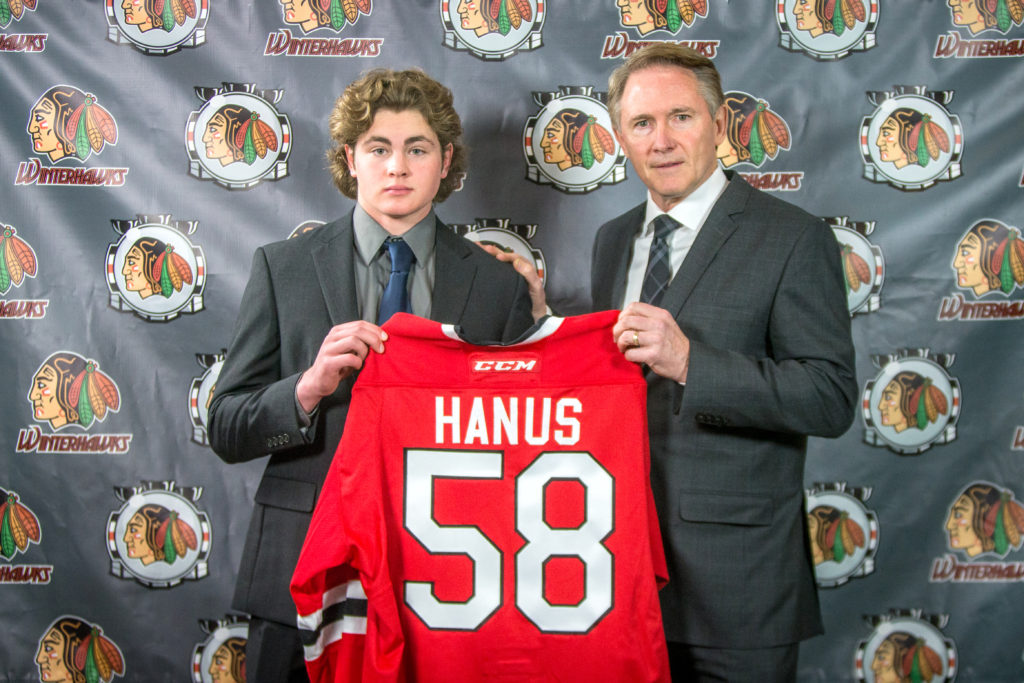 The Portland Winterhawks have announced the signing of defenseman Clay Hanus.

Hanus, born in 2001, was a participant at the USA selects Under-15 camp last summer, where he recorded two points in three games with the best 2001-born players in the United States. He played this season as a freshman with Minnetonka High School, however he was limited to just 7 games due to injury. The Winterhawks added Clay to their protected list last July, and invited him to attend training camp in Portland last August.

“We believe Clay is one of the best defensemen in his age group in the United States,” said Portland Winterhawks Vice President, General Manager and Head Coach Mike Johnston. “He had an impact at our training camp last fall, and despite his injury this season Clay is ready to join our team next year and become an important player for us in the coming years.”

“I’m excited to be a Portland Winterhawk and be a part of a great hockey tradition,” said Hanus. “I really look forward to next year and becoming a part of the team.”