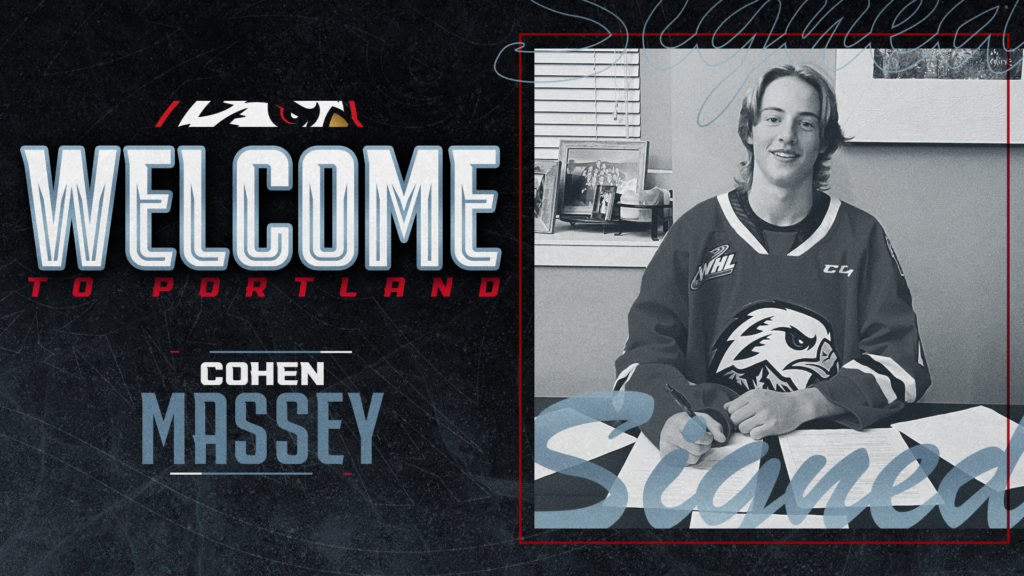 Portland, Ore. – The Portland Winterhawks, proud member club of the Western Hockey League, are proud to announce that they have signed defenseman Cohen Massey to a WHL Standard Player Agreement.

The Winterhawks selected Massey in the ninth round, #191 overall, of the 2021 WHL Prospects Draft during a strong season with the Yale Hockey Academy U17 Prep team. The Cloverdale, B.C. native recorded one goal and 19 assists in 34 games on the Yale blue line and added three helpers in four CSSHL postseason contests as well. Massey will play for Yale Hockey Academy again this year and is eligible to play 10 games as an affiliate player for the Winterhawks this season.

“During an extended stay at training camp, Cohen showed that his development has accelerated, and our coaches can envision his future with the Hawks. He is a strong-skating, intelligent player but now has added confidence and poise. We hope to see him in some games this season and are very excited to have him as part of our future Portland teams. He will return to Yale Academy in BC and has some specific goals to accomplish to become a full-time player for us,” said Assistant to the General Manager and Director of Scouting Mike Coflin.