Winterhawks Shut Out the Cougars 3-0 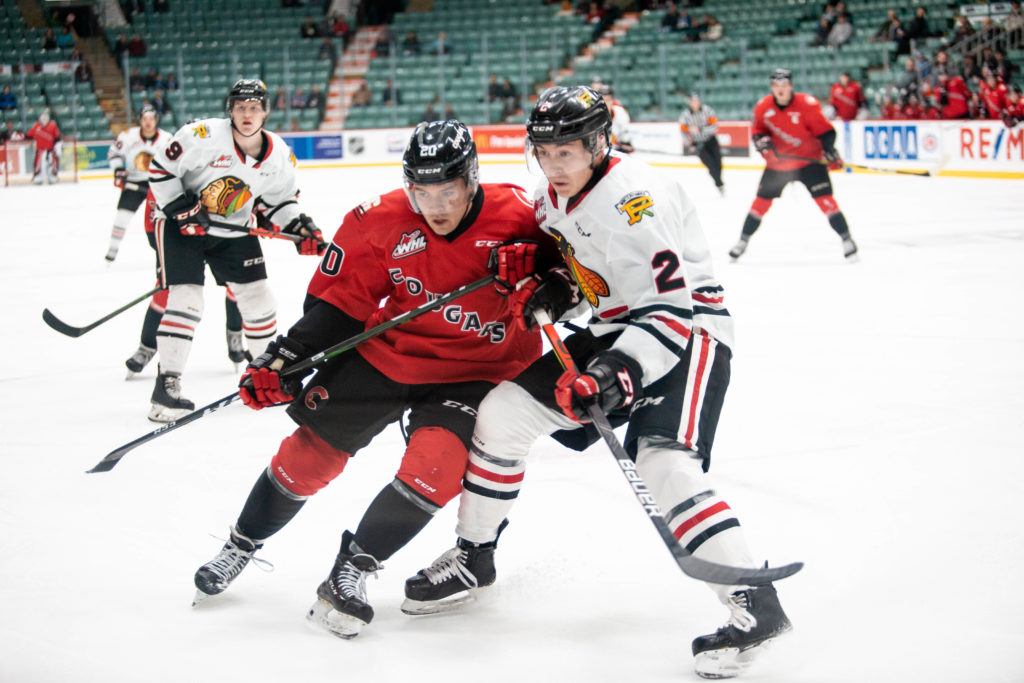 Joel Hofer stopped 23 shots on Tuesday night to pick up his third shutout of the season as the Portland Winterhawks beat the Prince George Cougars 3-0. Offensively, the forward line of Jake Gricius, Reece Newkirk and Seth Jarvis combined for seven of the possible nine points to put the Winterhawks in sole possession of first place in the U.S. Division.

The Hawks had all the momentum and offensive zone pressure in the first period as they heavily out-shot Prince George 16-to-5. Portland’s persistence paid off 12:21 in when Reece Newkirk one-timed in his eighth goal of the season from the slot to give the Hawks a 1-0 lead.

Special teams play was the difference in the middle period as Seth Jarvis deflected in his co-team-leading 11th goal of the season to put the Winterhawks up a pair of goals. In the opening minute of the third period, Jake Gricius kept pace with Jarvis’ 11 goal as he increased the Winterhawks lead to 3-0. Portland stunted any comeback chance from Prince George as Hofer denied 12 of the 23 shots he faced in the final 20 minutes of work.

The two teams will play again on Wednesday night at the CN Centre.