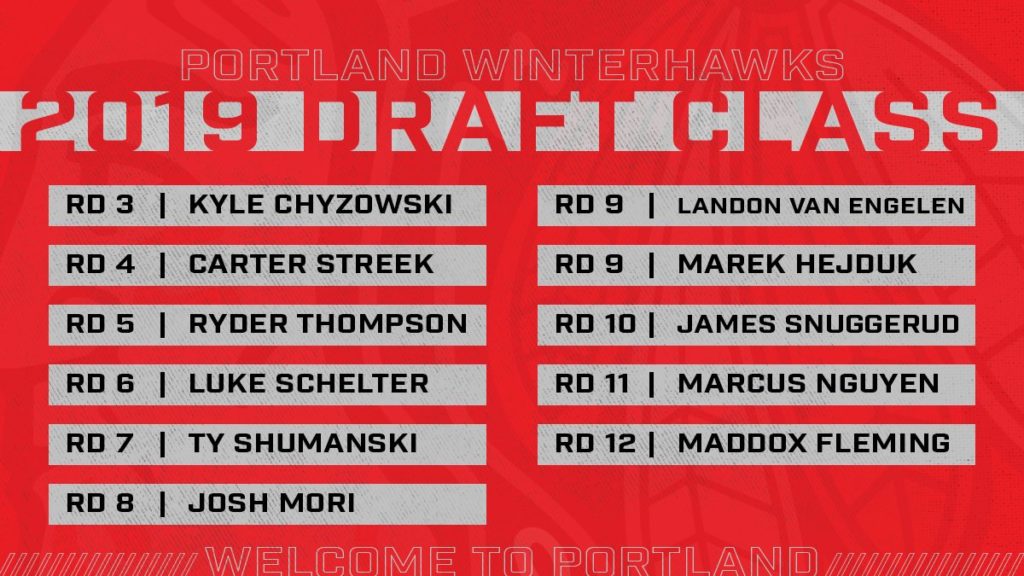 It was an exciting day for hundreds of young hockey players from all over North America on Thursday as the 2019 WHL Bantam Draft was held in Red Deer, Alberta.

The Portland Winterhawks made 11 selections over the course of the morning, selecting eight forwards, two defensmen and one goaltender from the 2004-born age group. We’ll recap the picks below and provide more analysis and comments about the Portland picks over the coming days.

With their first pick in the 2019 WHL Bantam Draft, the Winterhawks selected center Kyle Chyzowski from Surrey, BC. Chyzowski played for Delta Hockey Academy and scored 17 goals and 29 assists for 46 points in 33 games.

“In our assessment, we had Kyle Chyzowski rated number one on our list in the first round and we got him in the third round, so we are really excited,” General Manager and Head Coach Mike Johnston said. “I talked with his dad, Barry Chyzowski, who I had known before, and (his son is) a real dynamic, skilled player. It gives us a number one pick that we like as far as our first pick a guy who is going to fit into our system really well. Then you build your draft around that first pick.”

Congrats to @DeltaWildHockey student athlete Kyle Chyzowski on being selected in the third round, 58th overall, by the @pdxwinterhawks.#WHLBantamDraft pic.twitter.com/Gx021CwGOl

The Portland Winterhawks used their second pick of the draft on speedy and tenacious winger Carter Streek from Kamloops, BC. While playing for Yale Hockey Academy this season, Streek scored 17 goals and 18 assists for 35 points in 34 games.

Entering Thursday morning, the Winterhawks did not own a pick in the fourth round. That changed when they traded Shane Farkas and the 102nd overall pick for the 80th overall pick (that turned into Carter Streek) and a conditional pick in 2020.

The Hawks used their third pick of the draft to select a strong two-way defenseman Ryder Thompson from Russell, MB. Playing for RINK Hockey Academy, Thompson was second on the team with 23 points in 29 games.

Very honoured, proud and humbled to be drafted to the Portland WinterHawks. Big thank you to my family, friends, teammates, and all coaches who helped me get to this point. Excited for the future! @pdxwinterhawks

Luke Schelter was the first American-born player the Winterhawks drafted on Thursday. The Centennial, Colorado native played for the Colorado Thunderbirds and produced four goals and 12 assists for 16 points in 13 league games. Schelter helped his team advance to Nationals after winning the Rocky Mountain District AAA Championship.

The Portland Winterhawks acquired this pick from the Kamloops Blazers for a future 7th round pick because they had their eyes on goaltender Ty Shumanski of Hafford, SK. The Hawks traded up to draft the lone goaltender of their draft class and they got a quality one in Shumanski.

The Hawks pick had the fifth best numbers in his league this past season sporting a 2.93 goals-against-average and a .913 save percentage with the Battleford Barons. He had a 7-9-2 record with two shutouts. Shumanski has an incredibly high ceiling to compliment his impressive size.

The Portland Winterhawks selected their second defenseman of the draft with Richmond, BC native Josh Mori. Mori had 11 points in 21 games playing for Delta Hockey Academy and was teammates of Winterhawks first overall pick Kyle Chyzowski.

Notable Winterhawks drafted in the eighth round of the Bantam Draft:
2013 – Skyler McKenzie, Forward (Drafted 7th round NHL.)

Entering the day, the Winterhawks did not have any picks in the ninth round. That quickly changed when they traded up with Brandon to acquire both the 184th overall and 190th overall pick for a future 8th round selection. The Hawks added to their forward depth of the draft with Landon Van Engelen of Tofield, AB and Marek Hejduk of Parker, CO.

Van Engelen scored 21 points in 28 games for the Sherwood Park Flyers and Hejduk, teammates of fellow draft pick Luke Schelter, had 16 points in 13 league games with the Colorado Thunderbirds Championship team. Hejduk is the son of NHL legend Milan Hejduk and his twin brother David was drafted six picks later by the Everett Silvertips.

The Hawks drafted another American-born player in the tenth round when they picked James Snuggerud of Chaska/Chanhassen High School.

Marcus Nguyen of Calgary, AB was the Hawks tenth overall pick of the draft. He posted 28 goals and 20 assists for 48 points in 35 games for the Calgary Northstar Sabres.

Very honoured to be selected by the @pdxwinterhawks Thanks to all my coaches, family and teammates who have helped me along the way!

With the final pick of the draft, the Winterhawks selected Maddox Fleming from Rochester, Minnesota. Fleming scored 18 goals and 45 total points in just 16 games at Rochester Mayo High School. He also added nine goals and three assists for 12 points in three district tournament games. Recently finishing his freshman season, Fleming will enroll at Shattuck-St. Mary’s for the upcoming school year and hockey season. 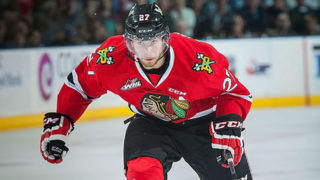 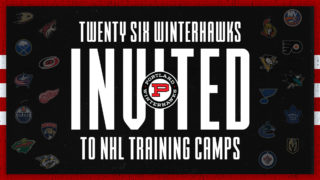