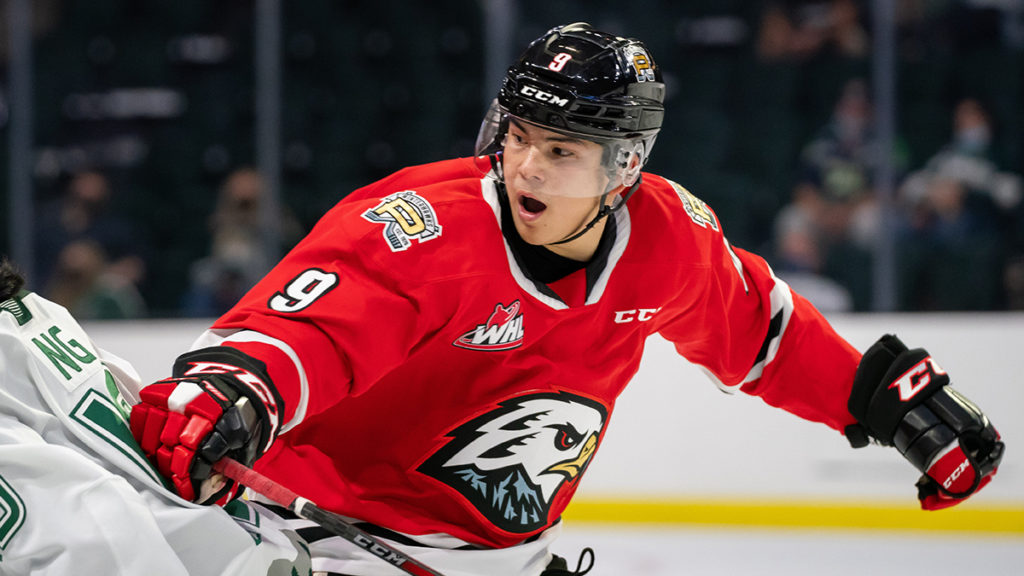 Portland, Ore. – The shortest offseason in Portland Winterhawks history is officially well in the rear-view mirror.  Less than four months after the team concluded its 2020-21 season with a 5-3 victory over the Tri-City Americans on May 11, players from all over western North America (and eventually Europe) reported to the Rose City for the 2021-22 campaign.

Over 50 young men, ages 15-20, displayed their skills for the Winterhawks brass at the Neely Cup, with now close to 30 competing for a final roster spot in advance of the team’s season opener next Friday.  The group put their abilities to the test in off-ice drills, Neely Cup games, interdivisional preseason contests and is now in the final stages of tune-up before the regular season begins.

For some, it’s a first-time experience, presumably filled with lots nerves.  For others, it’s balancing the Winterhawks preseason while also preparing and competing in NHL Training Camps, where some are skating directly next to some of the sport’s biggest superstars.

There’s a select bunch who are right in the middle of those two opposites though.  A promising bunch who are no longer the rookies, but just beginning their ascent to the top of the lineup.  Regardless of who will and won’t achieve that, the entire group has one thing in common – the guarantee that they are a lot further in their progress because they had the ability to play last season. 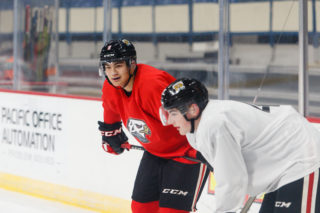 “We should have the extra step on people because we were able to play those games and spend all that time practicing together,” second-year forward Aidan Litke expressed.  “I learned just how fast the game moves and I knew what I needed to bring this season.”

Nine players in total made their Western Hockey League debuts for Portland last year.  Some jostled for ice time, some scored their first goal, and one (Ryan McCleary) even heard his name selected during the 2021 NHL Draft.

“Things couldn’t have gone better last season.  It was only 24 games, but it allowed me to the opportunity to play and get my feet wet in the league,” McCleary reflected.  “Not everybody got that opportunity, but I’m thankful we did.”

Instead of coming to Veterans Memorial Coliseum wide-eyed for the first time wondering what the future holds, the mindset is now wondering how they can make that jump to the next level.  How they can become the next in line, following the current stars of the lineup – such as NHL drafted players Seth Jarvis, Cross Hanas, Reece Newkirk and Jaydon Dureau?

“It helps that we have the group we do.  We all get along really well, we’re comfortable with each other and we all want to push each other,” said Marcus Nguyen – who dazzled in the Winterhawks exhibition games, posting four goals.

As roster decisions provide more clarity in the coming days, the common goal of the group will be to continue the team’s winning ways, having gone 4-0 in the preseason.  And if the early signs of year two development from Litke, McCleary and Nguyen are any indication, the personal and collective goals should walk hand-in-hand. 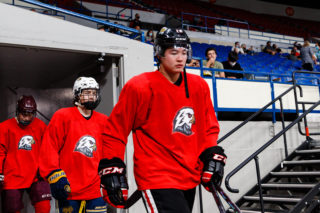