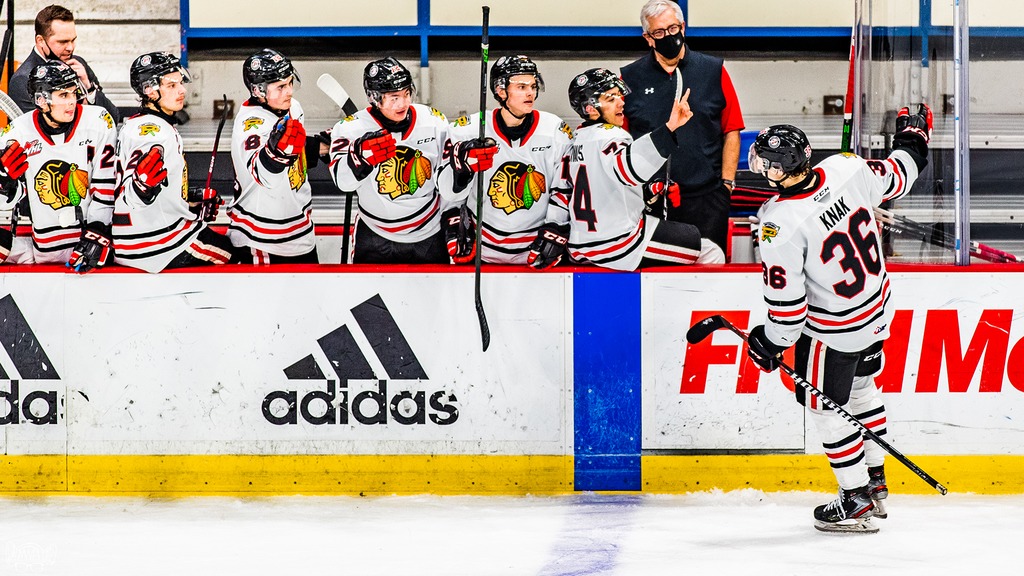 For the final time this season the Winterhawks and Silvertips went head-to-head Friday night, starting a stretch of three games in three days for Portland.

The first ten minutes belong to the home team, but it was Everett that got the scoring started with two goals in the following ten minutes.

In the second the Winterhawks crawled within one, courtesy of a banked shot from Simon Knak that was released below the opposing goal line.

The goal generated momentum for Portland heading into the third, where they’d strike four times to complete a thrilling come-from-behind victory.

The run was highlighted by a second from Knak and the eventual game-winner from 20-year-old Mason Mannek, who was facing the divisional powerhouse for the final time in his WHL Career.

Kade Nolan added some final insurance with a 200-foot empty netter and then Tyson Kozak whacked one home out of mid-air past Dustin Wolf for the fifth and final goal of the night.

“We knew we had to stay patient against a good team like that.  I didn’t like our first, I knew that if we had to claw back in a game we’d have to be on the right side of the puck, check well and not give them so many opportunities.  I was a little worried after the early five-on-three, I didn’t think we were as sharp as we should have been, but to our credit the players responded well and in a weird, twisted way that was the turning point in the game because we were able to  pick our game up in the second and third to make it a complete game.”

– 2021 NHL Draft Eligible Prospect Jack O’Brien made his season debut with the team tonight, recording an assist on Simon Knak’s first goal.  He is eligible to play in six total games the rest of the season for Portland.

– Following the game Associate Head Coach and Assistant General Manager Kyle Gustafson shared that Cross Hanas, Clay Hanus and James Stefan are eligible to play tomorrow and a decision will be made following Saturday’s morning skate.