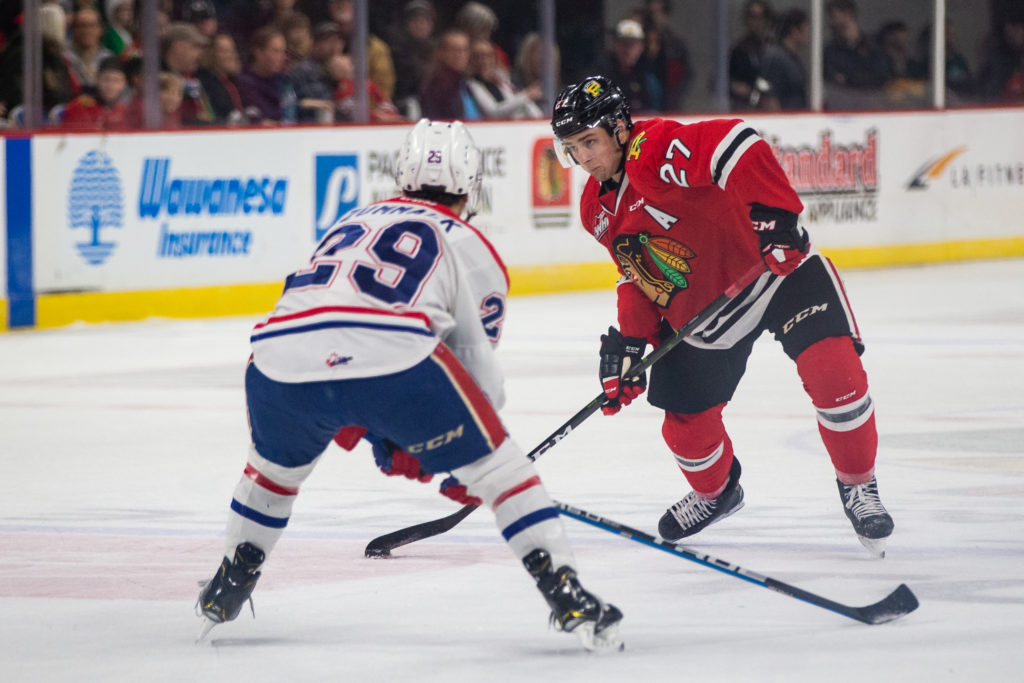 The Spokane Chiefs even the head-to-head match-up against Portland at two wins apiece after beating the Winterhawks 7-2 on Wednesday night. The loss ends Portland’s three game winning streak, but they will have a chance for redemption in a rematch at Veterans Memorial Coliseum on Saturday night.

Each team found the back of the net in the first period to make for an exciting start to the night. Joel Hofer made a handful of acrobatic stops to keep his Hawks close, but Spokane broke free in the second period.

Spokane scored six unanswered goals in the final 40 minutes to increase their lead to 7-1. Portland netted the final goal of the night thanks to Lane Gilliss, Michal Kvasnica and Robbie Fromm-Delorme. The five-goal loss was the Winterhawks’ largest margin of defeat this season.