Winterhawks Rally Late Against the Americans, but Fall 3-2. 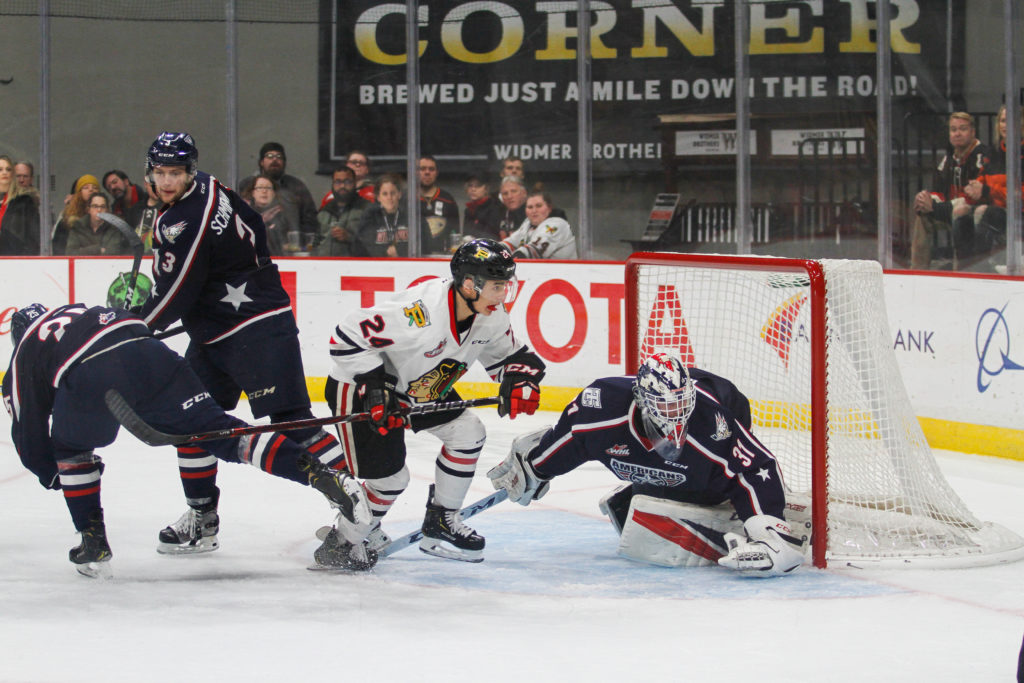 The Portland Winterhawks pushed late in the third period in an attempt to force overtime, but the Tri-City Americans held on to a 3-2 win at Veterans Memorial Coliseum.

The Hawks fought hard on Sunday night and they heavily outshot the Americans 47-18, including hitting the post three times throughout the night.

Joachim Blichfeld scored his Western Hockey League leading 40th goal of the year late in the third period to give the Hawks an opportunity to come back, but rookie netminder Talyn Boyko stole the show, collecting his second WHL victory.

The Winterhawks have a chance for redemption Wednesday night at 7:00 p.m. in their final home game against the Americans this season. Tri-City improved to 5-0-0-0 this season against Portland.