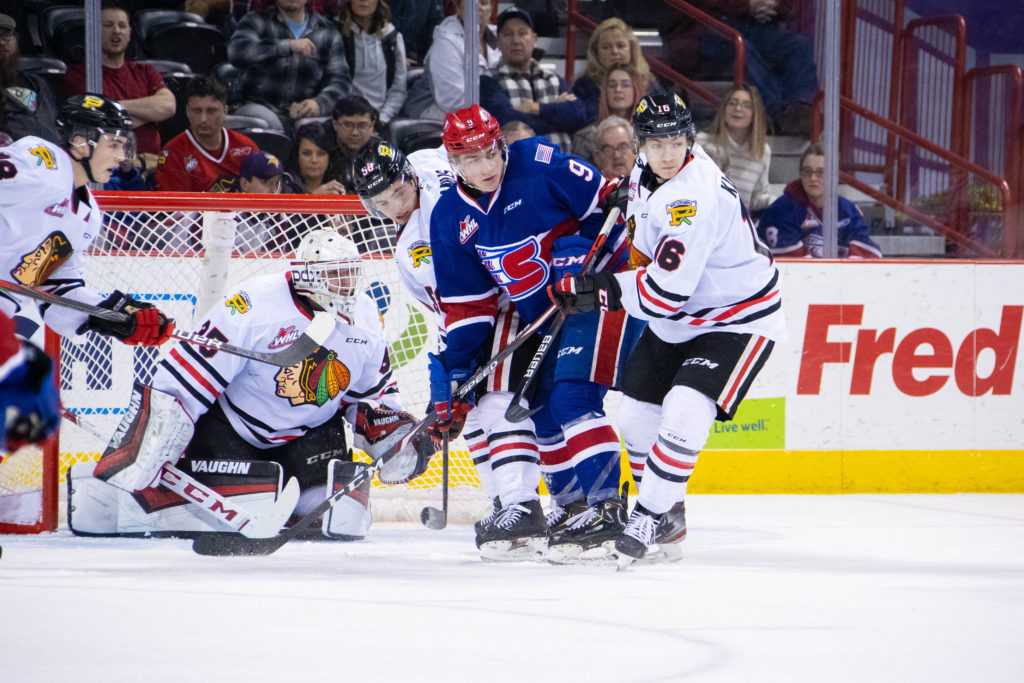 The Portland Winterhawks start 2020 on a high note, scoring early, and often to beat the Spokane Chiefs 6-4 on the road.

Once the Winterhawks got their engine churning, they found their scoring touch. For the third consecutive game, the Hawks surrendered the first goal, but they responded by scoring three unanswered to take a 3-1 lead into the intermission. Lane Gilliss, Gabe Klassen and Reece Newkirk provided the first period offense.

Reece Newkirk extended the lead to 4-1 with his second goal of the night on a takeaway to take the game into the third period, but things got interesting down the stretch. Midway through the final frame, Spokane scored a pair of goals in a three minute stretch to cut the lead to one at 4-3. That situation would last only 32 seconds as Jaydon Dureau netted his second goal in as many nights to increase the Hawks lead back to two.

Spokane had one more surge and the WHL’s leading scorer Adam Beckman scored on the Chief’s lone power play chance of the night, but the Winterhawks quickly scored in the empty net to seal their WHL leading 26th win of the season.