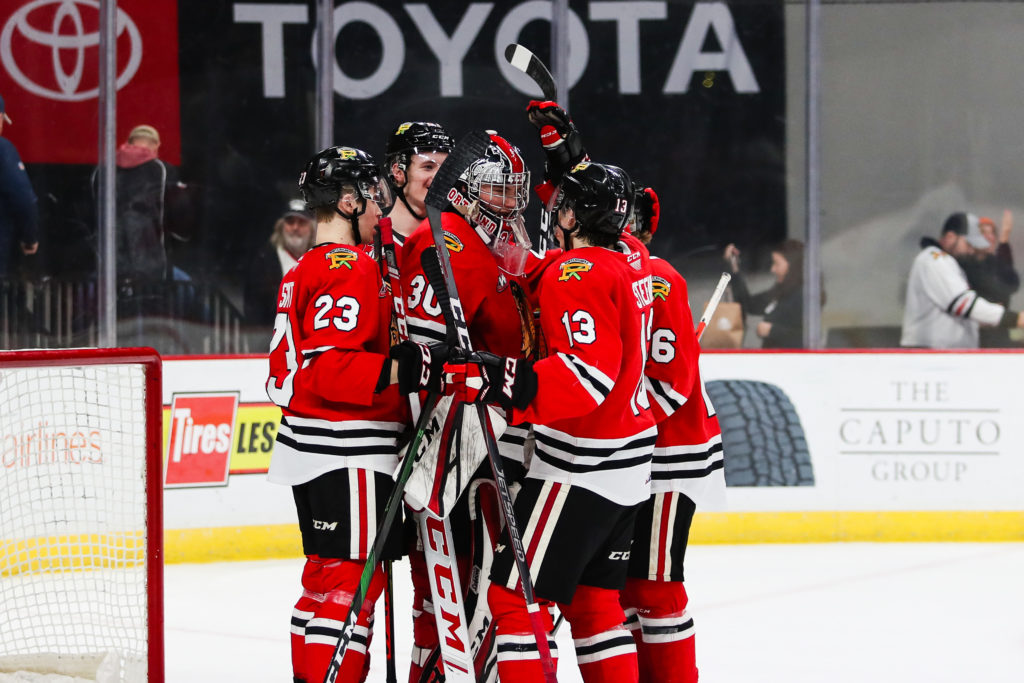 The Winterhawks looked impressive in a 4-1 home win against the Winnipeg ICE to secure four points this weekend. The Hawks dominated the battle of special teams going a perfect 6-for-6 on the penalty kill and they scored a power play goal for their third straight game.

Quick starts to periods were important for the Hawks on Sunday night. They scored in the first two minutes of each period to lift them to a 3-0 lead in the third.

Kishaun Gervais scored the opening goal 111 seconds in to give the Hawks a first period lead that would stick through the opening 20 minutes. Portland took the first eight shots on goal of the night.

Alternate captain Jake Gricius scored the team’s next two goals, including a power play tally on the Hawks first man advantage opportunity of the night. In the final minutes of the game, Chicago Blackhawks prospect Michal Teply negated Joel Hofer’s shutout bid with 4:33 to play in regulation.

Hofer was stellar in net turning aside 33 shots to give him 12 wins on the year. Reece Newkirk scored an empty net goal to secure a 4-1 victory.