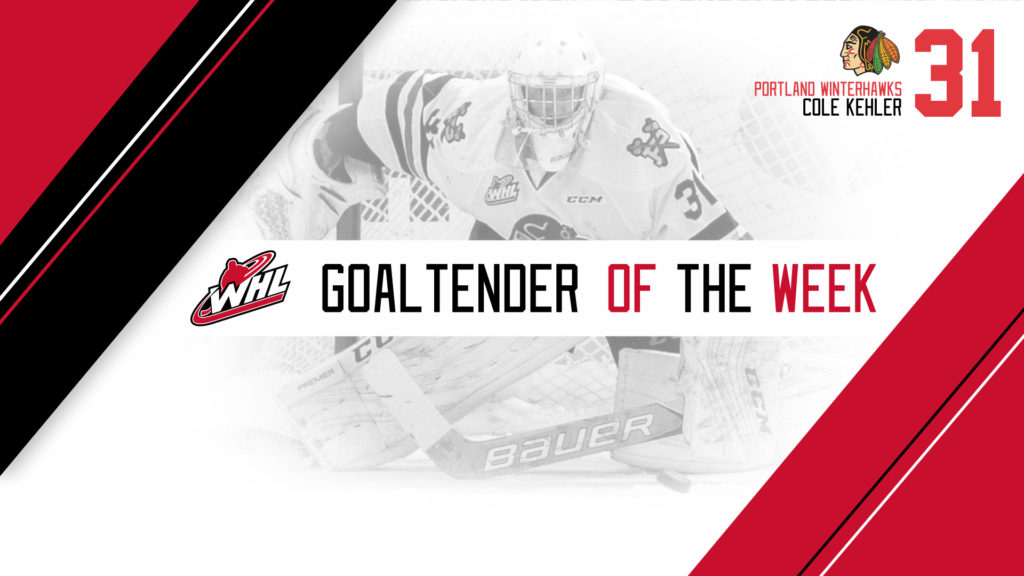 This serves as the second WHL Goaltender of the Week recognition for Kehler this season, as he also starred for the week ending January 29.

The 6-foot-4, 205-pound goaltender was originally selected in the sixth round (123rd) by the Kamloops Blazers at the 2012 WHL Bantam Draft. In 88 career WHL regular season contests, Kehler has compiled a record of 36-35-2-3 with a 3.66 GAA, .893 SV% and two shutouts. The 2016-17 campaign marked his first in Portland after an off-season trade from the Kamloops Blazers

Kehler and the Portland Winterhawks finished in the first wild card position in the Western Conference and will face the B.C. Division-champion Prince George Cougars in a best-of-seven series to open the 2017 WHL Playoffs. Game 1 is scheduled for Friday, March 24 (7 p.m. PT) at the CN Centre in Prince George.