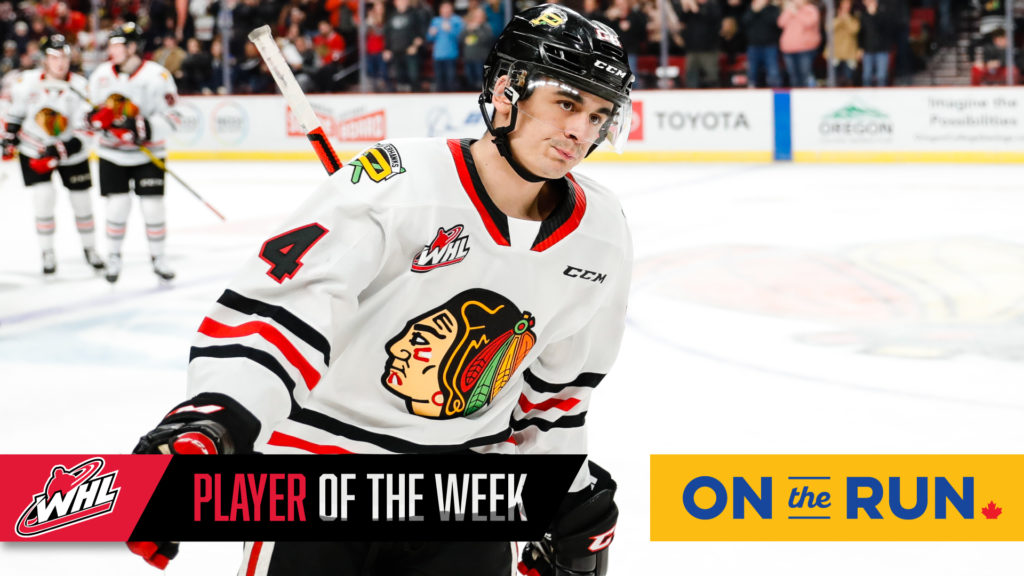 Calgary, Alta. – The Western Hockey League announced today that Portland Winterhawks forward Seth Jarvis has been named the WHL On the Run Player of the Week for the week ending January 26, 2020.

Jarvis recorded nine points (4G-5A) and a plus-six rating across two games as the Winterhawks earned an 8-2 victory over the Tri-City Americans and a 6-5 shootout victory against the Seattle Thunderbirds. The wins extended the Winterhawks’ undefeated-in-regulation streak to 21 games with a 19-0-1-1 streak in that span, including seven-straight victories.

The following night in Seattle, Jarvis recorded another two-goal game as part of a four-point performance. Jarvis scored the third and fourth goals of Portland’s four-goal first period, adding helpers on their second goal and their eventual fifth goal of the night too. Jarvis earned second-star honours on the road as a result.

A 5-foot-10, 172-pound product of Winnipeg, Man., Jarvis has excelled this season with 63 points (26G-37A) in 41 games, including eight power-play goals, one short-handed goal, and five game-winning goals. Jarvis is tied for fourth in league scoring, tied for eighth in goals, and tied for seventh in assists. Jarvis is currently riding a nine-game point streak, including multi-point performances in five consecutive games.

The 11th-overall selection from the 2017 WHL Bantam Draft has quickly soared up the rankings for the upcoming 2020 NHL Draft and was ranked 19th among North American skaters on NHL Central Scouting’s Midterm Rankings, which were released on January 13, 2020.

The league-leading Winterhawks will return to action on Friday, January 31 (7:35 p.m. PT) against the Everett Silvertips.