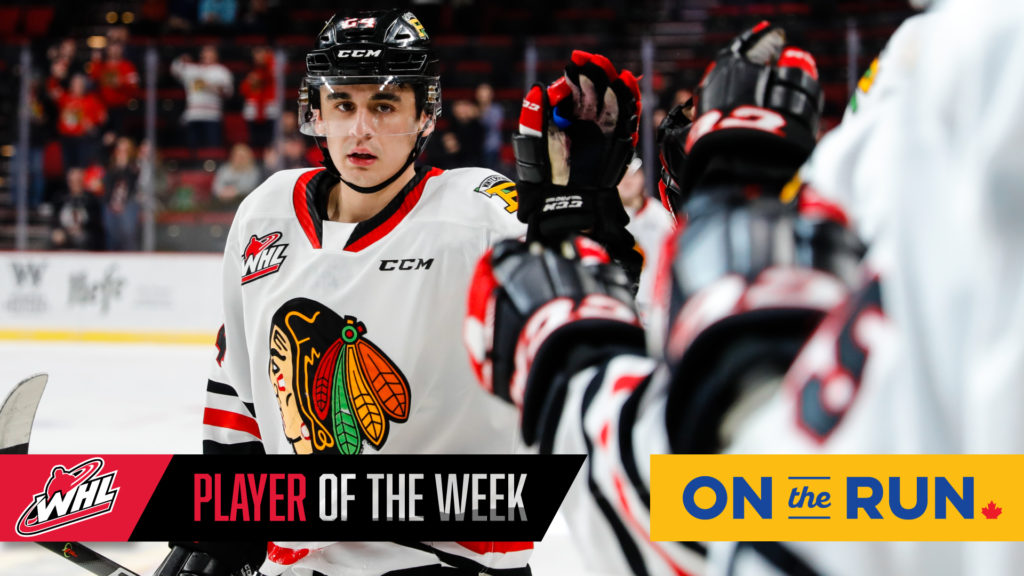 Calgary, Alta. – The Western Hockey League announced today that Portland Winterhawks forward Seth Jarvis has been named the WHL On the Run Player of the Week for the week ending January 12, 2020.

The 2020 NHL Draft prospect recorded 10 points (2G-8A) and a plus-six rating in three games as the Winterhawks claimed a pair of wins and an overtime loss, earning five of a possible six points. Now undefeated in regulation in their past 15 games (13-0-1-1), the Winterhawks are one of two teams in the WHL’s Western Conference who have yet to lose in regulation in 2020.

Jarvis opened his week with a goal and three assists in a 5-3 win over the Spokane Chiefs. He scored the game-winning goal late in the second period and added primary assists on the team’s second, third, and fifth goals. He was recognized as the first star of the game and the second star of the night in the WHL.

In a 2-1 overtime loss to the Victoria Royals Friday, Jarvis recorded an assist on his team’s lone goal of the game. Saturday, Jarvis collected a five-point performance with a goal and four assists. After assisting on the Winterhawks’ first, second and fourth goals, Jarvis scored late in the third period to tie the game at five. He later assisted on the game-winning goal in overtime.

The 17-year-old from Winnipeg, Man. has already surpassed his totals from a strong rookie season, posting 49 points (20G-29A) in 37 games this season. Those figures include seven power-play goals, one short-handed goal, and four game-winning goals. The leading scorer on the Winterhawks, Jarvis also ranks 13th in WHL scoring, is tied for 14th in goals, and tied for 17th in assists.

This week, Jarvis will represent the WHL as one of 14 draft-eligible players at the 2020 Kubota CHL/NHL Top Prospects Game in Hamilton, Ont. Named to the roster for ‘Team White’, puck drop for the game is scheduled for Thursday, January 16 (5:00 p.m. MT).