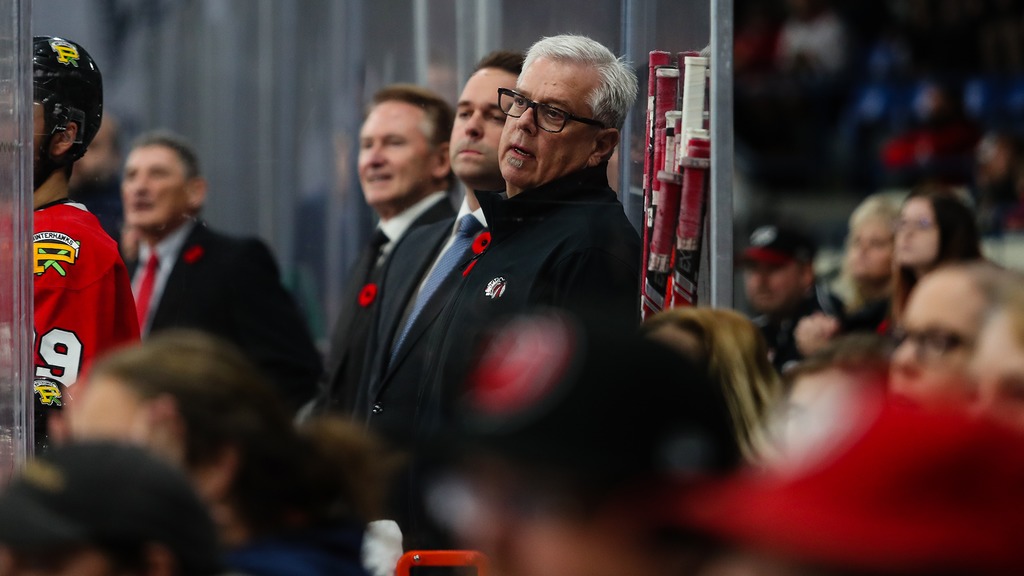 Portland, OR. – The Portland Winterhawks, proud members of the Western Hockey League, shared today that Head Equipment Manager Mark “Peaches” Brennan will announce his retirement at the end of the 2020-21 season.

Brennan has been the team’s Head Equipment Manager since 2012 and has been in the hockey world since 1983.  His career will total 2,251 games upon conclusion of Portland’s regular season schedule on May 11.

“It has been a great pleasure and rewarding to have been a part of the Winterhawks family,” Brennan began with.  “I could have never imagined that I would have had the opportunity to work with what we consider our home team.”

“Peaches” career in hockey began after graduating from Sheridan College in Ontario with a degree in Athletic Training and Management.  His career of 30+ seasons included stops in the National Hockey League with the Detroit Red Wings and Florida Panthers.  He worked two NHL All-Star Games (1993 & 2003), won a Calder Cup with the Adirondack Red Wings (1986), was a member of the Florida Panthers team that went to the 1996 Stanley Cup Final and worked a Memorial Cup Final with Portland in 2013.

“I wouldn’t know where to begin to thank all the people that I have had to pleasure to first work with, then get to know and then consider friends,” Brennan continued.  “From my first break with getting hired by Al Patterson in New Westminster, to Brian Shaw making a few calls on my behalf that gave me the opportunity to turn pro with Adirondack and then Detroit.  Then, meeting my wife Judy in Portland, in the Memorial Coliseum, following a playoff game with Portland while working in New Westminster.  This team will always have a connection with our family, and I will always be proud to say I am a former Winterhawk.”

“Peaches has dedicated his life to hockey and had a major impact on many organizations,” Winterhawks Vice President, General Manager and Head Coach Mike Johnston remarked of the news.  “He has held one of the toughest positions in the sport which demands endless hours and energy.  If you look back over the years, it really has been a Hall of Fame career.  He will be missed in the WHL and most definitely by our organization.”

In 2010, he was also inducted into the Trainers & Equipment Managers Wall of Honor at the Hockey Hall of Fame in Toronto.

The Winterhawks would like to thank Brennan for all of his contributions to the organization and will begin searching for his replacement in the coming weeks. 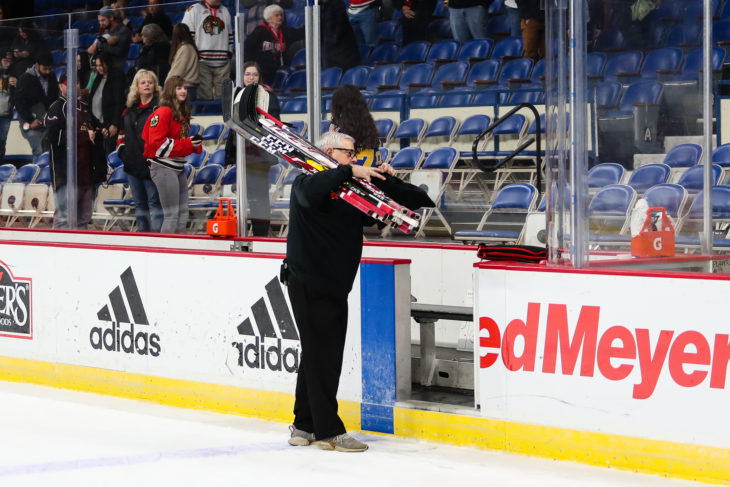