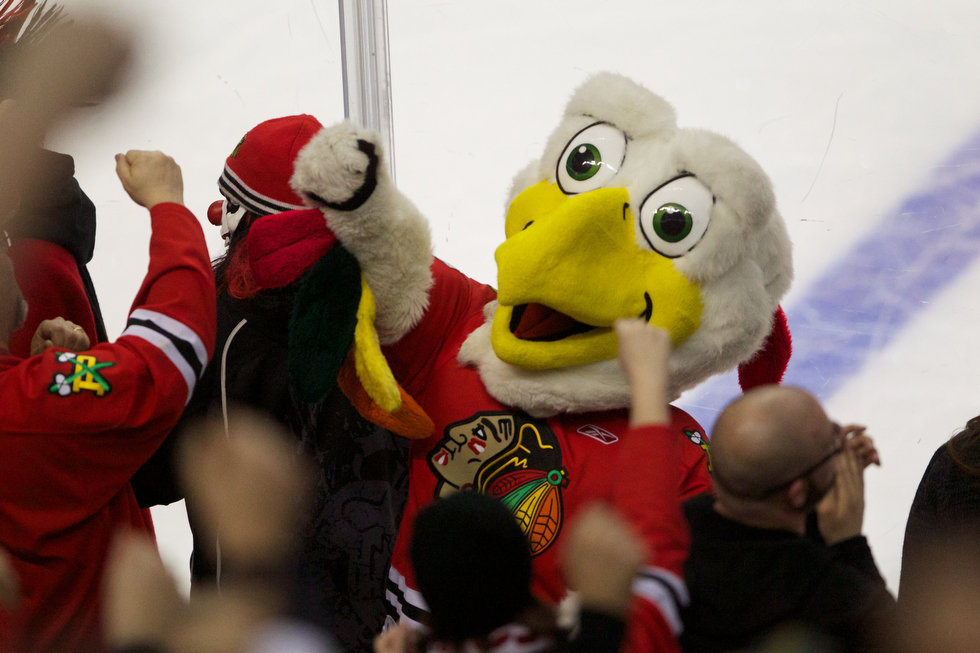 Hawks and Americans battle it out in the second game of a home-and-home tonight at the Moda Center. Tri-City got the best of Portland last night in a 6-3 win in Kennewick. The Hawks still lead the season series 3-2.

BANNER BANK MASCOT NIGHT: Tonight at the Moda Center it’s the always hilarious and entertaining “Banner Bank Mascot Night”. Tom-A-Hawk invites all sorts of his furry friends to join in the fun of a mascot hockey game as well as plenty of photo opportunities with fans throughout the evening. Click here to view highlights from last year’s Mascot Night!

Portland outshot Tri-City 20 to 6 in the first period but found themselves tied after 20 minutes. Jordan Topping scored the game’s first goal for the Americans. Portland responded when Reece Newkirk won a faceoff cleanly to Matthew Quigley, who fired a shot on net and Newkirk banged home the rebound.

In the second, Portland continued to press, eventually taking the lead. On the power play, Kieffer Bellows found Skyler McKenzie infront who slid it past Patrick Dea for his team-leading 39th of the season. Midway through the period, the Hawks were outshooting the Americans 30 to 10 but could not extend their lead. The Americans eventually responded with a pair of goals from Sasha Mutala and Isaac Johnson to take a 3-2 advantage heading into the third frame.

In the third, Newkirk continued his big night, potting his second of the game off a strong forecheck from Conor MacEachern, to tie things at three. But the Americans would come back with a goal from Morgan Geekie, then another from Riley Sawchuk just 1:28 later, to go up 5-3. Tri-City would eventually score an empty-net goal to make it a 6-3 final.

TODAY’S OPPONENT: Tri-City enters tonight’s contest on a four-game winning streak and points in seven straight games. The last time they were in the Rose City, the Americans came away with a 6-3 win back on December 27th.

In net, Patrick Dea has been solid all season long for Tri-City. The over-age netminder picked up the win yesterday, and is now 1-1-1-0 against Portland with a .922 SV%. 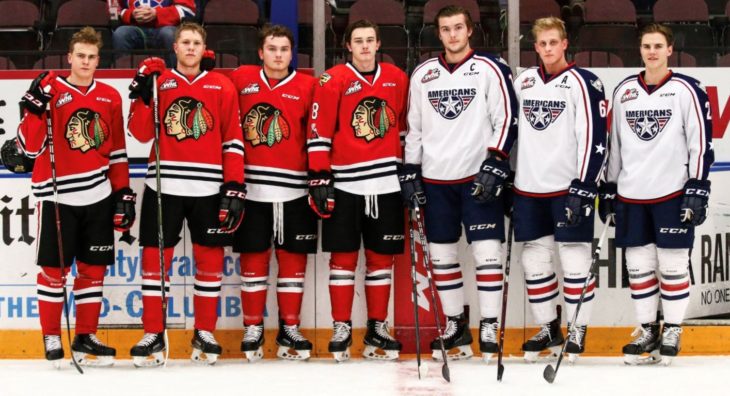 WINTERHAWKS TO KEEP AN EYE ON: 16-year old forward Reece Newkirk buried a pair of goals last night in Kennewick. The line of Newkirk, Connor MacEachern and Lukus MacKenzie have played well as of late, creating several scoring opportunities over the last two games.

Joachim Blichfeld returns to the Hawks lineup tonight after serving his two-game suspension. That’s a good thing for Portland, as the Danish-forward has five points in two games versus the Americans this season.