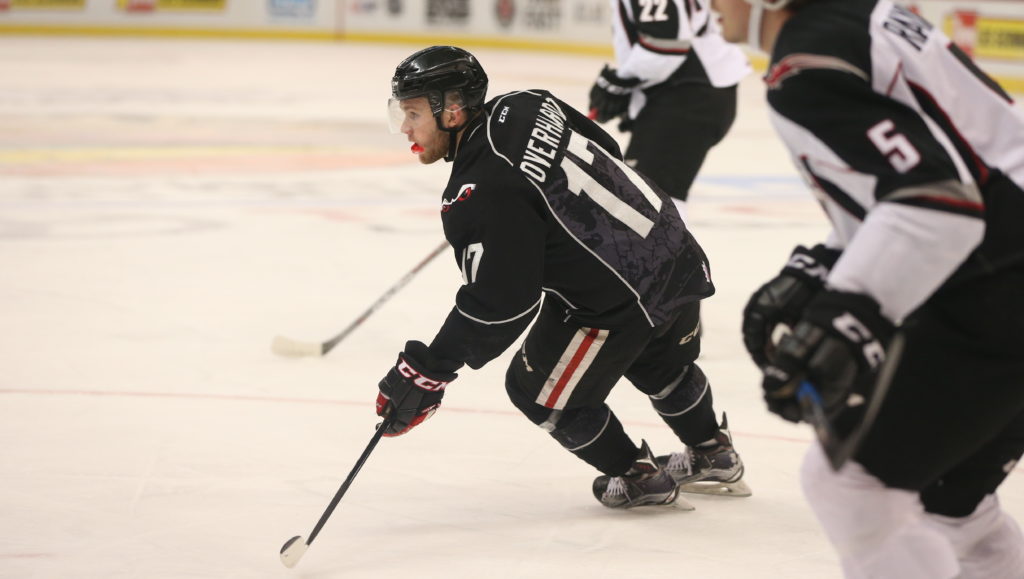 For the first time in nine games the Winterhawks take on an Eastern Conference opponent tonight. Portland’s in Vancouver to take on the Giants for the first matchup between these two teams this season. The Hawks enter tonight’s game first in the U.S. Division and are 12-1-0-1 in their last 13 games.

PREVIOUS GAME: Winterhawks 0 at Blades 4: The Portland Winterhawks returned home from their six-game Canadian road trip and fell short against the Saskatoon Blades 4-0.

The Blades continued to outscore the Winterhawks (20-5-0-1) in the third, with two goals from Cameron Hebig, one at the 16-minute mark, and the other at 19:29 into an empty net. Although the Hawks would outshoot the Blades 48 to 42, Saskatoon ended up with the 4-0 win.

Goaltender Shane Farkas was named third star and made 38 saves in the game.

TODAY’S OPPONENT: The Vancouver Giants enter tonight’s game sitting third in the B.C Division and 12-13-2-2 on the season. The Giants have had no problem scoring this year, averaging the 10th most goals per game in the league, but have struggled keeping the puck out of the net as they sit 20th in goals against per game.

Upfront, Vancouver’s Ty Ronning has had an incredible start to the season. The 5’9” forward has already eclipsed his goal total from last year, potting 26 in his first 29 games this season. He also has had an 11-game goal streak this year and had 13 goals in 12 games in the month of November.

The Giants have also benefited from the return of forward Tyler Benson. The Edmonton Oilers second round draft pick missed most of last year with an injury and didn’t play until Oct 27th this season after undergoing sports hernia surgery in the summer. But the Edmonton-born forward has been on fire since returning, registering 23 points in 16 games.

The Giants have also seen much improvement from their powerplay, which has seen plenty of success recently. Vancouver is 5-for-11 on the man-advantage over the last four games.

On the backend, two D-men have led the way offensively for the Giants. Dylan Plouffe (4g-18a-22pts) and Matt Barberis (3g-14a-17pts) have the ability to jump up into rushes and create problems for the Winterhawks defensively.

In net for Vancouver, goaltenders David Tendeck and Todd Scott have split starts so far this season. Both goaltenders have played 15 games, but Tendeck has been putting up the better numbers of two. The 6’2” goaltender from North Vancouver is 7-6-0-1 this season with a 3.44 goals against average and .898 save percentage.

Vancouver is 5-5-0-0 over their last 10 games and are coming off a split of two games in Prince George this past weekend.

WINTERHAWKS TO KEEP AN EYE ON: Last season versus Vancouver, Skyler McKenzie led all returning Winterhawks in points with five in four games. McKenzie had two goals against the Giants to help lead the Hawks to a 3-1 season series win.

Cody Glass, whose just had a 12-game point streak come to an end, had four points in four games against Vancouver last year. Glass has eight points in six games against the B.C Division so far this season.

Cole Kehler is likely to get the start in net tonight. The Hawks goaltender is tied for first in the WHL in wins and is alone in second in the league in both goals against average and save percentage. Kehler is 10-0-0-1 in his last 11 starts and has now allowed more than three goals in any of those games.

STAT OF THE DAY: The Winterhawks are 4-0-0-0 so far this season when being outshot by opponents.

Portland has one more game on the road after tonight, tomorrow in Everett. But Portland returns home this Friday to take on the Giants at the Veterans Memorial Coliseum. Then on Saturday, the Winterhawks welcome Everett to the VMC for the Hawks Annual Teddy Bear Toss game! Make sure to grab your tickets HERE!