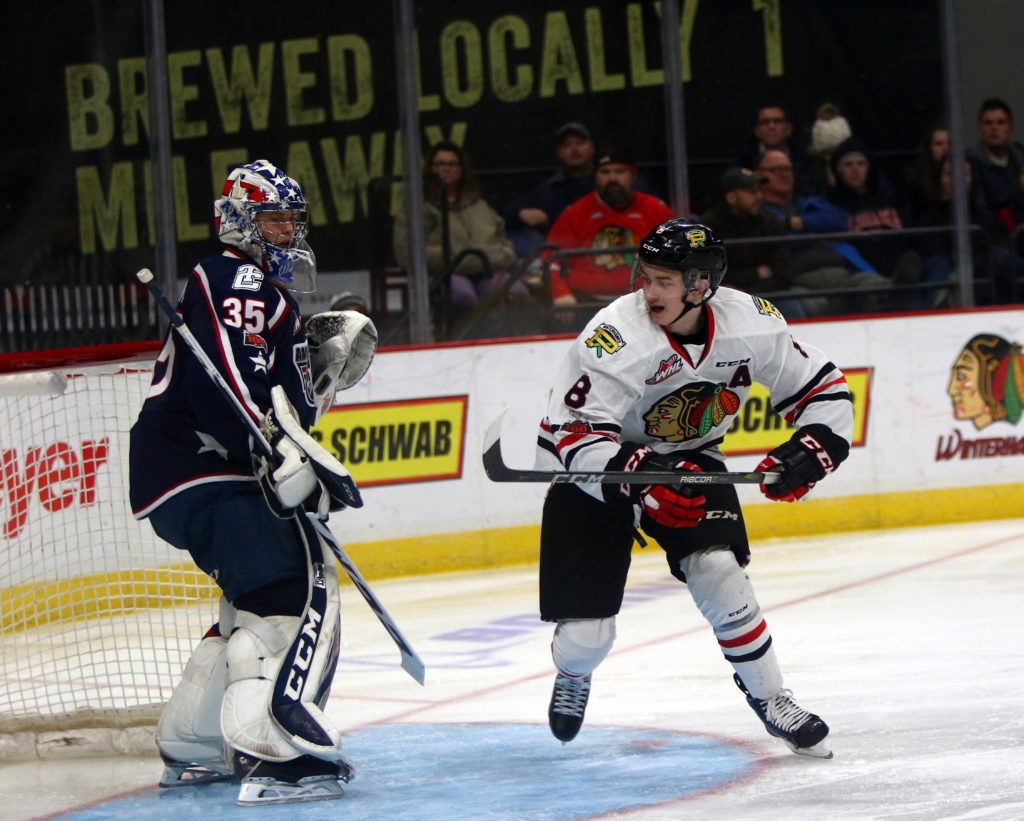 The Winterhawks take on the Tri-City Americans tonight to conclude a home-and-home with their U.S. Division rivals. The Americans got the upper-hand on the Hawks on Wednesday in a 6-3 win. Tonight’s kicks off a “three games in three nights” stretch for Portland.

PREVIOUS GAME: Winterhawks 3 at Americans 6: Portland came back from an early 2-0 deficit but could not hold off a late Americans charge as Tri-City came away with a 6-3 win on Wednesday at the Veterans Memorial Coliseum.

The Americans (19-10-3-0) got on the board twice midway through the first period but the Hawks (21-12-0-1) would respond with two on their own. Cody Glass potted his first of the night and 21st of the season at the 14:43 mark. Then Jake Gricius would tie the game shortly after to end the period in a 2-2 tie.

In the second, Glass would fire home his second of the night to give the Hawks a one goal lead. But Tri-City would respond, scoring to tie the game at three after 40.

Despite outshooting the Americans in the third, Tri-City would score three unanswered to take a 6-3 lead and hold on for the win.

TODAY’S OPPONENT: The Americans enter tonight’s game on a four-game winning streak. Tri-City came away with a 6-3 win over the Hawks on Wednesday, with Nolan Yaremko and Morgan Geekie having huge games. Both Yaremko and Geekie had four-point nights, and their linemate Isaac Johnson, had a pair of goals to finish off a big night for that unit.

Geekie is having a phenomenal year. The Carolina Hurricanes draft pick leads the team in points and is currently on a seven-game point streak. He has also had five straight multi-point games.

WINTERHAWKS TO KEEP AN EYE ON: Since returning from Team Canada’s World Junior camp, Cody Glass has six points in three games and three straight multi-point games. The Vegas Golden Knights first-round draft pick is currently 9th in the league in points.

Portland’s defense was very involved in the team’s offensive game on Wednesday. Four defensemen registered a point against the Americans, including a two-point game from Brendan De Jong.

The Hawks have also seen improved performances from both Jake Gricius and Ilijah Colina as of late. Colina is on a three-game point streak, while Gricius has scored in two straight games.

STAT OF THE DAY:  The Winterhawks currently have the best road penalty-kill in the WHL and the third best road powerplay.

The Winterhawks are on the road for tonight and tomorrow’s contests. The next time Portland is at home in the New Year’s Eve Game, when the Hawks host the Seattle Thunderbirds. Get your tickets HERE!