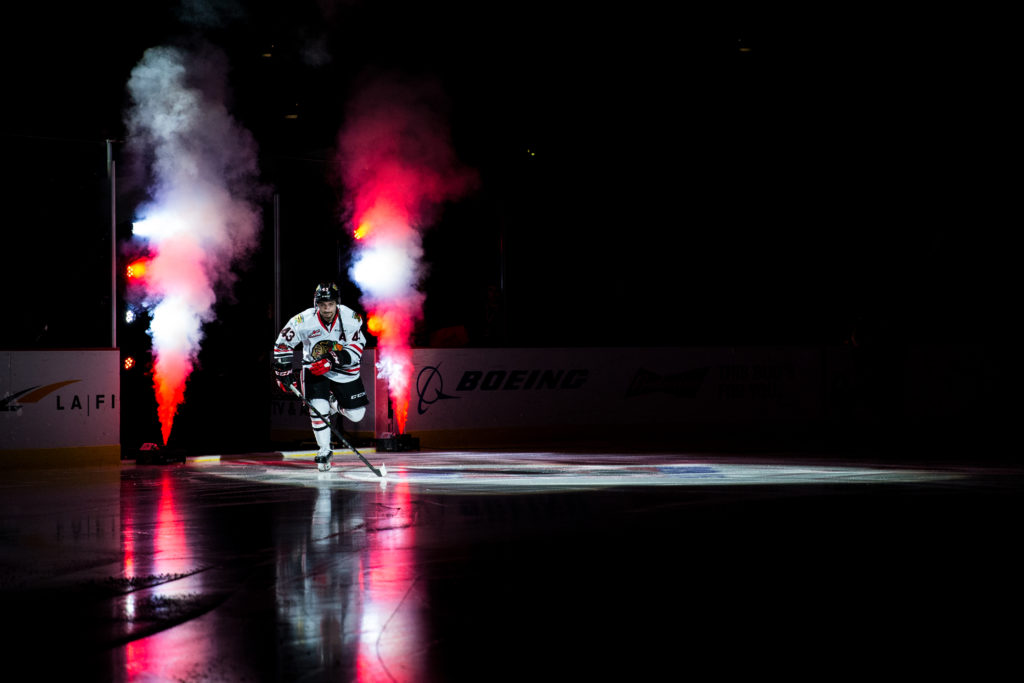 The Hawks and Blazers face off for the second time in less then 24 hours. Kamloops got the better of the Hawks on Friday night in a 5-2 Blazers win. Kamloops Goaltender Dylan Ferguson played extremely well posting 30 saves and picked up the win. These two teams meet again tomorrow on Sunday in Portland at the Moda Center.

PREVIOUS GAME: Winterhawks 2 at Blazers 5: The Winterhawks outshot the Blazers but Kamloops came out on top in a 5-2 win in Portland’s 3000th game in franchise history.

After the Blazers opened the scoring, Skyler McKenzie tipped home a Dennis Cholowski pass to make it 1-1. Cholowski and Henri Jokiharju extended their point-streak to seven and six games respectively.

The game stayed tied until midway through the second period when Kamloops buried a pair to go up 3-1 after 40 minutes. In third, the Hawks again converted on the powerplay, this time with Jake Gricius potting his 10th of the season to make it 3-2.

Portland came close to tying it several times but Dylan Ferguson made several big saves to keep his team up. The Blazers made it a 4-2 game just past the midway point of the third on a rocket from Quinn Benjafield. Portland pulled their netminder but again could not solve Ferguson. The Blazers eventually potted an empty-netter to make it a 5-2 final.

Cole Kehler made 21 saves in the contest.

TODAY’S OPPONENT: With the win last night, the Blazers have now won four straight and are not ready to wave goodbye to their playoff chances. They enter tonight six points back of the Tri-City Americans for the final Wild Card spot. Head Coach Don Hay picked up career win number 742 last night, tying him with the great Winterhawks legend Ken Hodge. Hay will look to break Hodge’s record against his former team in the Hawks, either tonight or tomorrow in Portland.

Jermaine Loewen scored twice in the Blazers 5-2 win yesterday. Loewen leads Kamloops in goals with 23. In the nine games since the Blazers dealt Garrett Pilon and Andrej Vala, Loewen has eight goals, picking up the offense that was lost with Pilon’s departure.

Dylan Ferguson was outstanding against Portland yesterday, making several massive saves on Ty Kolle, Skyler McKenzie and Dennis Cholowski. Ferguson has been solid all year long for the Blazers, but particularly good over his last four starts where he’s gone 3-1-0-0 and allowed just seven goals.

Rookie forward Connor Zary scored on a wicked wrister on the first Kamloops PP of the night. Zary, a 16-year old second round pick of Kamloops in the 2016 Bantam draft, was a threat all-night, despite the goal being just his fifth of the season.

WINTERHAWKS TO KEEP AN EYE ON: On the Hawks side, Skyler McKenzie continued to roll. The 19-year old Winnipeg Jets prospect scored his 36th of the season on the powerplay. The goal extends his team lead, as well as launches him into first on the team in points with 64, one ahead of the injured Cody Glass.

Dennis Cholowski and Henri Jokiharju both extended their point streaks with assists on McKenzie’s goal. Cholowski now has nine points in eight games as a Hawk and is on a seven-game point streak, while Jokiharju extended his to six games. Cholowski is still looking for his first goal as a Winterhawk but it seems like just a matter of time. The Detroit Red Wings first-round pick has nine shots in his last two games.

Another D-man who had a strong night for Portland was captain Keoni Texeira. Texeira picked up an assist on the Gricius goal, and drew iron on a massive slapshot in the first period. When Keoni is at his best, he is jumping into the rush, creating offense and playing a solid, physical defensive game, and he was doing all of that last night.

Jake Gricius got the Hawks lone other goal. Gricius seems to be heating up in the second half of the season, it was his sixth marker in his last 13 games, while he had just four in his first 32 games.

Cody Glass and Kieffer Bellows did not make the trip to Kamloops and will not be in the lineup tonight. Their status for tomorrow’s game is unknown, both are out day-to-day.

Portland returns home on Sunday to take on the Kamloops Blazers. Make sure to grab your tickets HERE! 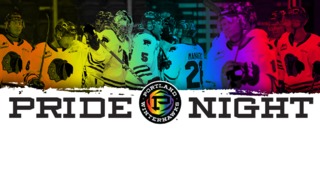 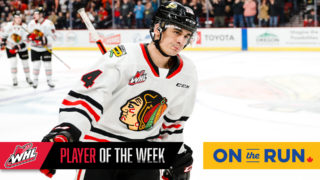