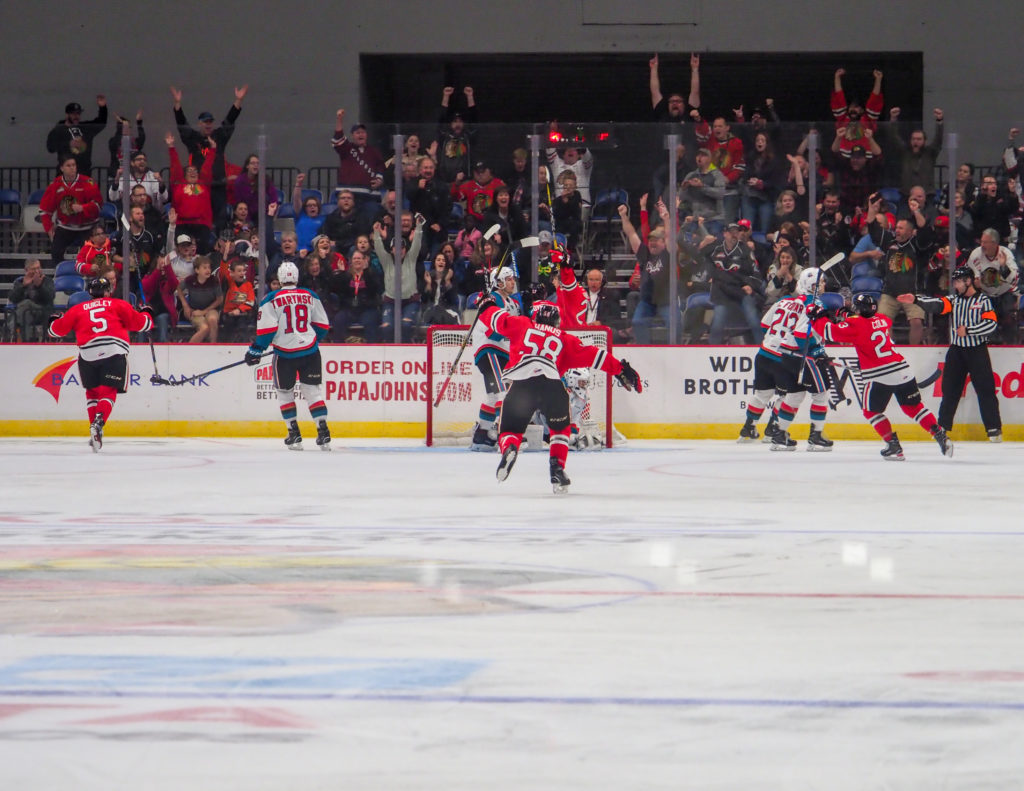 The Winterhawks go for eight straight wins tonight against the Rockets in Kelowna. It’s the fourth straight game Portland has taken on the Rockets, with the Winterhawks coming away with wins in the first three contests.

PREVIOUS GAME: Portland picked up their seventh straight win with a 3-1 victory over the Rockets in Kelowna on Friday.

The game was scoreless through the first, but the Hawks got on the board in the second. Kieffer Bellows scored on a rebound off a Matthew Quigley shot to give Portland (9-1-0-0) a 1-0 lead. This was Bellows fifth goal in his last four games.

In the third, Skyler McKenzie scored by batting the puck out of the air for his 11th of the season and gave the Hawks a two-goal advantage. Kyle Topping got the Rockets (4-5-1-1) on the board 14:50 into the third to make it a 2-1 game. But the Hawks would put it out of reach with Cody Glass potting an empty net goal to make it a 3-1 final for Portland.

Cole Kehler made 26 saves to improve to 7-0-0-0 on the season. The Hawks have won seven straight games.

WINTERHAWKS TO KEEP AN EYE ON: Forward Kieffer Bellows has come as advertised this season for Portland, in particular when he plays against Kelowna. After last night’s three point performance against the Rockets, Bellows now has eight points in three games against Kelowna. Among rookies in the WHL, he sits second in both goals and points. The top line of Bellows, Cody Glass and Skyler McKenzie seems unstoppable as of late, the three forwards have combined for 36 points during the Hawks seven game winning streak.

STAT OF THE DAY: Both Skyler McKenzie and Cody Glass are one game away from tying their career long point streaks. From March 1st to March 14th last season, McKenzie had an eight game point streak. Glass reached eight games from November 12th to December 2nd, also during last season.

TODAY’S OPPONENT: Despite an excellent performance from 17-year old goaltender James Porter last night, 45 saves on 47 shots, the Rockets fell 3-1 to Portland. Kelowna has had strong performances from their rookie tender the last two games but have only mustered one goal in each contest. The Rockets have now lost five straight after starting the season 4-1-0-1.

Kyle Topping continued his strong play against Portland, posting his third straight game with a goal against the Hawks. Topping now sits second on the Rockets with six goals on the season.

If the Hawks come away with the win tonight, it’ll be the first time since the 2011-12 season that Portland has swept the season series against the Rockets.

Here’s how the two teams have played against each other head-to-head:

The Winterhawks return home on Tuesday to take on the Moose Jaw Warriors at the Veterans Memorial Coliseum. Tickets are available HERE!