Winterhawks Earn A Point to Jump to First Place 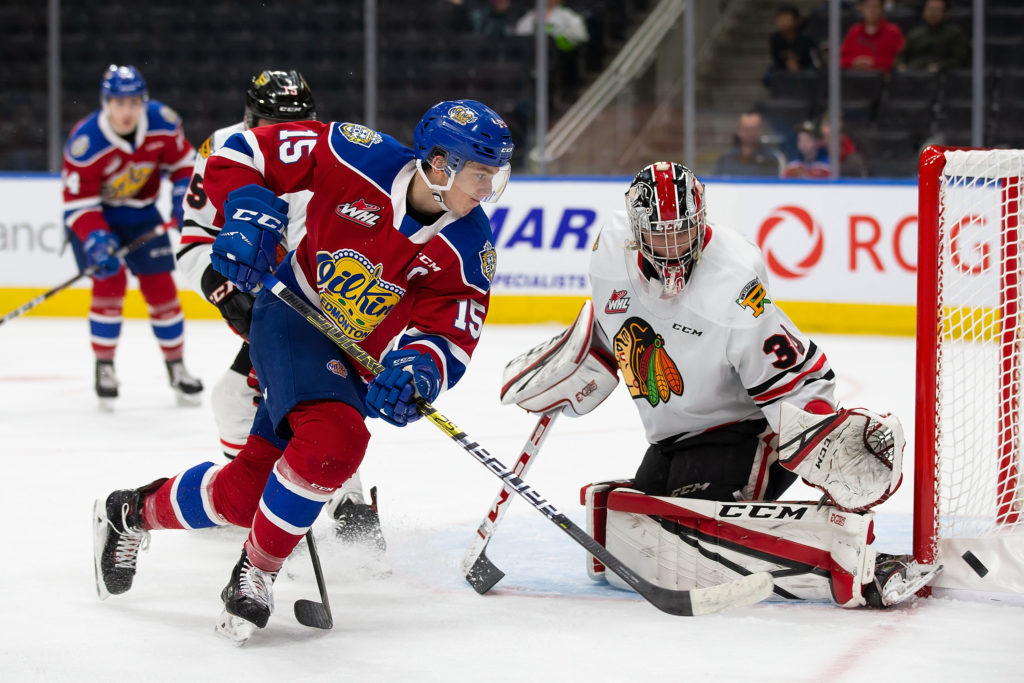 The Portland Winterhawks came back from an early first period deficit to force a shootout at Rogers Place. Ultimately, the Edmonton Oil Kings prevailed at home and beat the Hawks 2-1 (1-0 in the shootout round) to pick up their seventh win of the season. With the point, Portland now stands by itself at the top of the U.S. Division standings.

The first period of play generated four total power plays and a lone goal by Edmonton at the midway point of the opening frame. Josh Williams passed it to New York Rangers prospect Matthew Robertson on a 2-on-1 play to beat Joel Hofer blocker side. The Oil Kings took a 1-0 lead with them into the second period and their goal ended Hofer’s consecutive shutout streak at 106:29 minutes.

The second period was relatively quiet in terms of scoring chances, but the Hawks found the equalizer in the fourth minute of the third period. Lane Gilliss won a backhanded face-off to the blue line and captain Johnny Ludvig skated into it to wire a one-timer to the top shelf and tie the game at 1-1. Despite a few more good looks by Portland, the game was destined to overtime.

During the first 90 seconds of the 3-on-3 period, Jaydon Dureau sprung Cross Hanas on a breakaway that drew a save and a penalty. On the ensuing power play, Portland peppered five shots onto Sebastian Cossa’s net, but they could not end the game. The Winterhawks out-shot the Oil Kings 6-to-2 in the five minute overtime.

In the second round of the shootout, forward Carter Souch scored the game-winning goal for Edmonton. None of the three shooters scored for Portland.

Joel Hofer logged a season-high 39 saves through 65 minutes of play. It was also his fourth highest save total in a Winterhawks jersey.