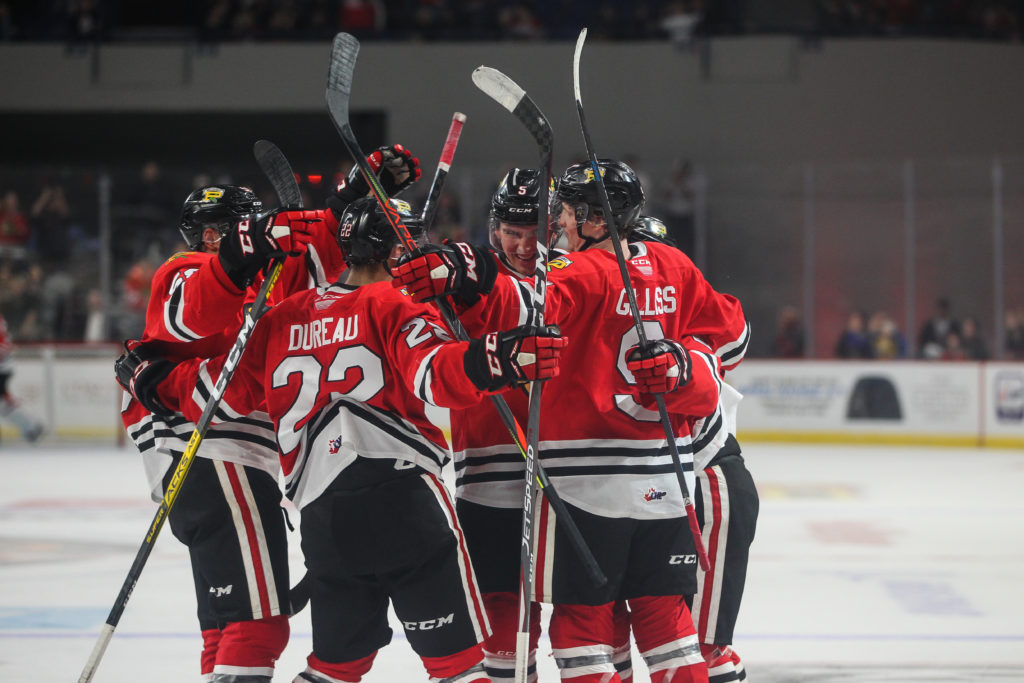 The Portland Winterhawks improve to 3-0-0-0 at home after beating the Brandon Wheat Kings 4-1 at the Veterans Memorial Coliseum home opener. The win marks the Hawks fifth straight win against the Wheat Kings and Portland now has a four game point streak.

Seth Jarvis helped the Winterhawks jump out to a strong start at home, scoring less than two minutes into the game on a 2-on-1 rush. The Hawks owned a 1-0 lead before the Wheat Kings even took a shot on goal. In the final minutes of the period, Simon Knak tapped in a gorgeous goal after the Winterhawks made two quick passes to set up the puck deep in the offensive zone.

In the second frame, Tyson Kozak sent in his third goal of the season to give the Winterhawks a 3-0 lead. Sixteen year old forwards Jack O’Brien and James Stefan recorded assists on the goal. Brandon Wheat Kings starting netminder Ethan Kruger left the game after the goal with an injury and did not return.

The Wheat Kings struck early in the third period on their power play to get on the scoreboard, but they did not have enough of a push to get back in the game. The Hawks only allowed two third period shots against and Lane Gilliss deflected in a Matthew Quigley point shot on the man advantage to re-capture the three goal lead. Portland went on to win 4-1.