Winterhawks Clinch Home Ice Thanks to a Sunday Win 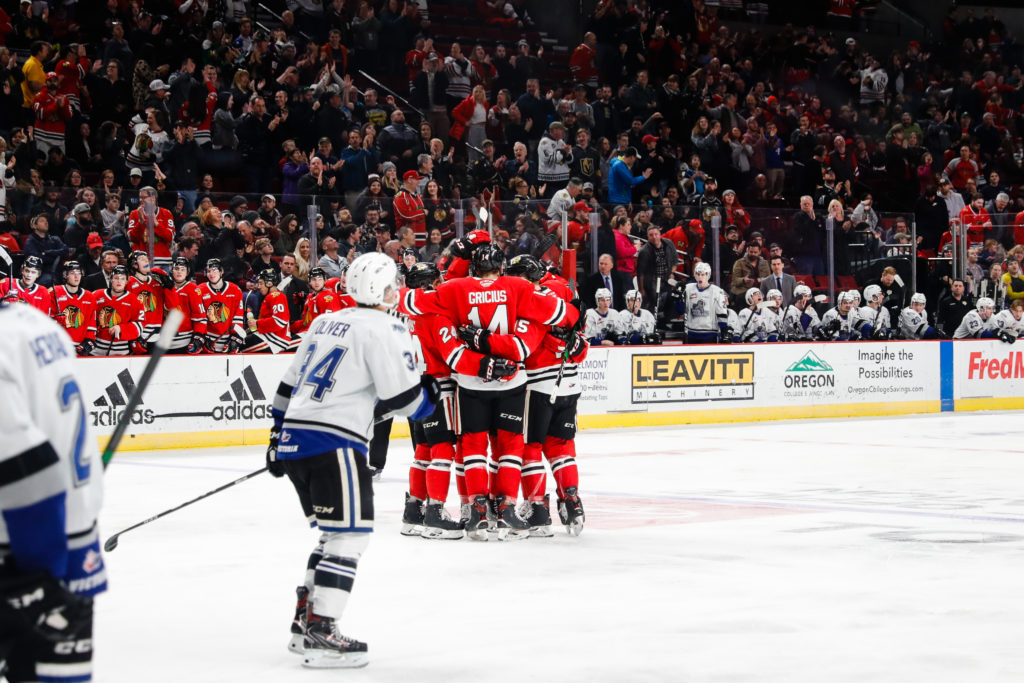 The Portland Winterhawks only needed regulation to beat the Victoria Royals on Sunday night, helping the Hawks clinch home ice advantage in the opening round of the 2020 WHL Playoffs. Portland potted four goals to beat the Royals 4-1, capping off a perfect week of play and keeping the Hawks in first place in the WHL with five games left to play.

Portland scored two goals in the first period, both coming in the final four minutes, thanks to centermen Tyson Kozak and Jake Gricius. The 2-0 lead stayed with the Hawks into the second period, but Brayden Tracey cut the lead in half less than a minute into the second period on the Royals’ first power play opportunity of the night.

The Hawks buckled down and were able to increase their lead to two again a few minutes later, also on the power play. Cross Hanas netted his 22nd goal of the season from the right circle, extending his point streak to a career-best five games.

Joel Hofer, claiming the number one star honors, stopped all 12 third-period shots he faced and Jaydon Dureau tapped in an empty net goal to secure the home win.