Winterhawks Cap Off Perfect Week with a Win 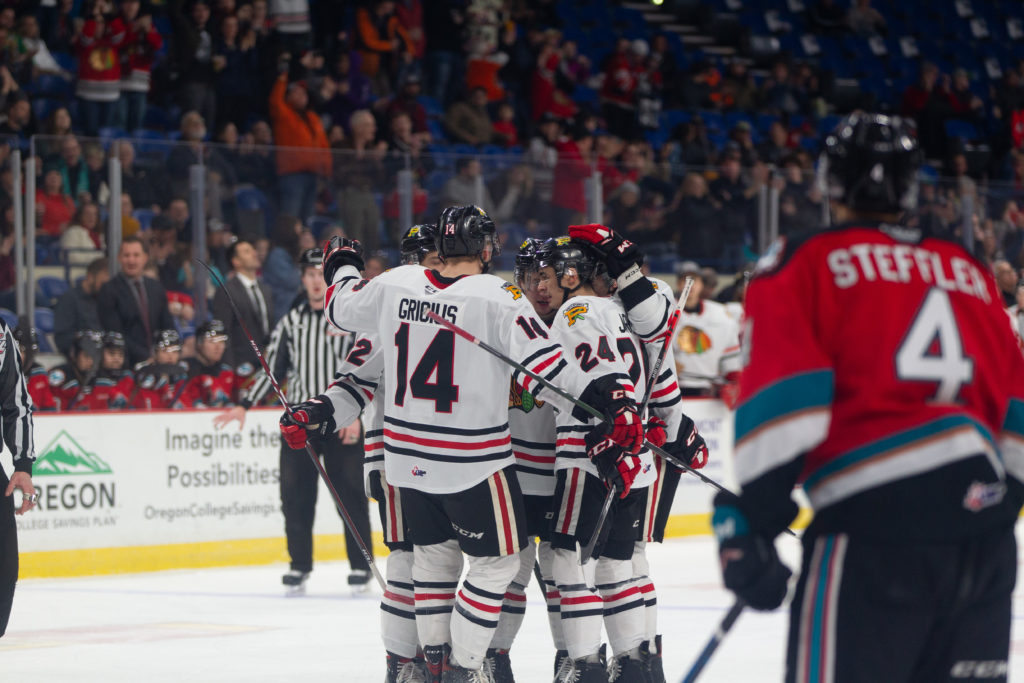 The Portland Winterhawks capped off a perfect week of play when they beat the Kelowna Rockets 3-2 on Sunday evening. The Hawks won the possession battle at took 52 shots on goal, their second highest total of the season.

Midway through the first period, Portland capitalized on their first power play of the night. Reece Newkirk fired in a one-timer from the slot for his 21st goal of the year to make it 1-0. Just over six minutes later, Mason Mannek took over a loose puck at center ice, charged in on a two-on-one and ripped in his sixth goal of the season to extend the Hawks lead to two.

Portland took 23 of the last 24 shots in the first period. After a quieter second period, Portland expanded its lead to 3-0 early in the third frame on a Jonas Brøndberg blue line shot. Despite a three goal deficit, Kelowna would not go without a fight. Seventeen of their 28 shots came in the final 20 minutes. Ethan Ernst deflected in his second goal of the season to cut the lead to 3-1. Joel Hofer was busy in net and in the waning minutes with an extra attacker, Jonas Peterek banged in the Rockets second goal to make it 3-2.

Hofer’s attempts at the empty net went wide twice, and the Hawks ultimately cleared a few more pucks to win their sixth straight home victory against Kelowna. Next up, the Winterhawks host the Tri-City Americans on Friday, January 24 at the Moda Center.